With the solid-state lighting technology is adopted more , LED prices will continue to decline. Price trends in GU1060W equivalent LED lamp shown below , the price dropped about $ 35 from 2010 to around $ 15 in 2017 , the average annual price decline of about 12%. Decline in prices will make it easier to accept the end user LED lights, drive further growth in the global LED lighting market . 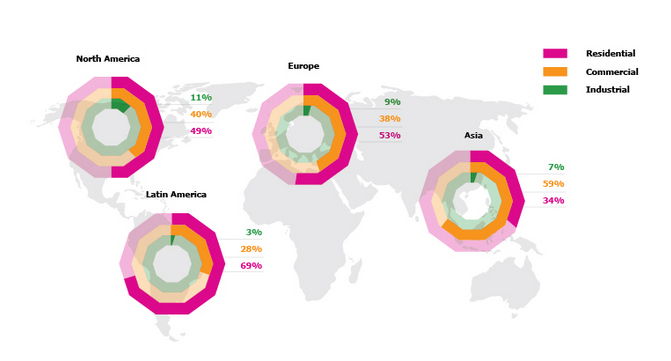 Followed by a supportive policy and regulatory areas. From a global perspective , backward lighting technology is being phased out , countries have to ban incandescent news release , which is inseparable from the support and encouragement of local government , which will lead to the end user uses LED lights to increase the proportion of advanced lighting technology .