LED light source can be formed to build consistent spectral absorption peak in plant photosynthesis and form, with high efficiency, low energy consumption, no mercury pollution, precise wavelength, smart, controllable system, etc., have been successfully used for room light compensation, plant group grow, plant genetics and breeding factories and other fields. In recent years, LED as a light source for plant growth is a very important part of the LED lighting market, has been around the world and enterprises attach great importance, such as the US Department of Agriculture, Ministry of Knowledge Economy, Philips, Mitsubishi Chemical and Showa Denko, Taiwan billion light area and so on, many domestic enterprises are also actively layout of the market segments. 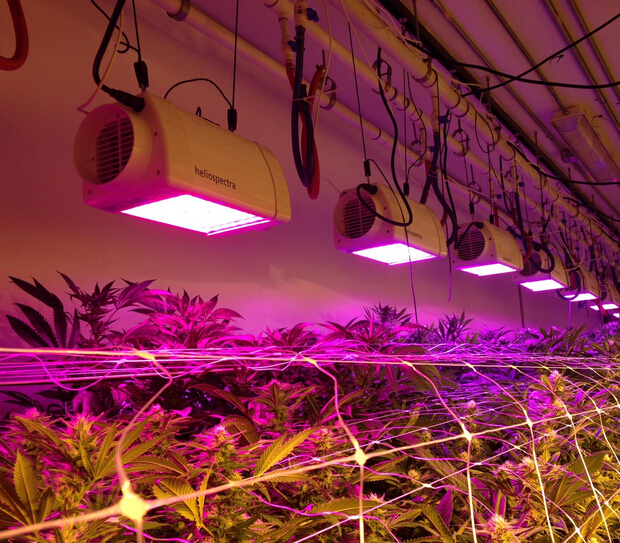 However, since the plant growth with LED lighting with multi-disciplinary, cross-cutting application features in the LED light source, optical parameters, light plant physiological response, use of the environment, measurement methods and definitions, terminology are different from general lighting, current exist mix, borrow or even misuse phenomenon, blurred, affecting the LED in the facility agriculture application and promotion. Urgent need of basic terminology LED lighting applications in plant definition and specification, to avoid confusion the definition of the term is not unified, ensure standardized and unified plant growth LED lighting production, testing, inspection, testing for LED in the country application and promotion of agriculture in the foundation.

File [2013] No. 30 issued written by “the plant growth with LED lighting terminology and definitions,” the State Key Laboratory of semiconductor lighting joint innovation Ministry of Science and Technology is responsible for organizing centralized management according to the National Committee of the Standardization Administration of GB integrated.

Currently, the standard of written work is being carried out smoothly. Including lighting plant areas and a total of 12 units involved in the standard preparation, to be formed for Approval, ready for approval.