In the LED lighting industry, LED lighting as the “fourth generation light source” or “green light.” For a long time, in Europe, America, Japan and has a monopoly on the industry’s most critical white LED, high power LED lamp heat balance, durable and efficient phosphors and other core technology, the domestic LED industry has been in a passive situation, require product innovation is very urgent. 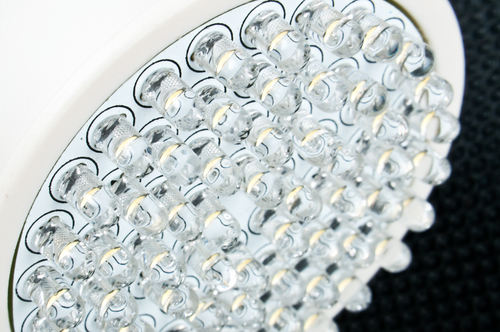 It is understood that in the LED lighting industry segments, the divided high-power LED and low-power LED. Under normal circumstances, currently used by more than 90% LED lighting, is the use of power as a source of energy-saving lamps. The so-called high-power LED refers to single-digit LED power greater than or equal 1W. Despite the high-power LED lighting products than conventional energy-saving products, environmental protection, but compared with the low-power LED products are still slightly worse, many of the core technologies need to overcome. It is understood that high-power LED light conversion efficiency is not high, only about 50% -60%, a lot of power consumption in the radiator, which needs to be installed from the cooling plate can be seen. In actual installation, high power LED there are many problems to be resolved.

Numerous studies have demonstrated, in LED lighting products, the highest single grain LED light efficiency is about 0.06W power for the best, that is, low-power LED products.