A LED lighting fixture is the most important part of the chip and heat, a good LED chip can bring more efficient luminous efficiency, and better luminous effect. The heat of the lamp is a direct impact on the stability of light and product life. So how to make LED lighting has better heat dissipation, has been the focus of technical research. 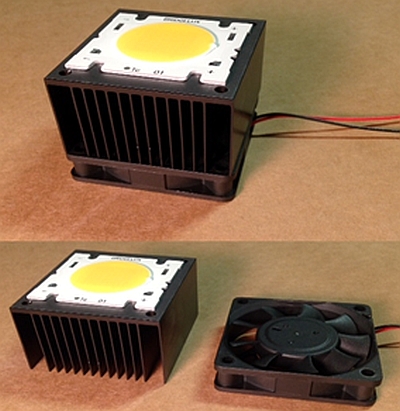 Let’s talk about LED lamps and lanterns on the impact of lighting. Mainly have the following points:

As the LED lamps and lanterns are converted into visible light energy, which has a conversion rate of the problem, not 100% of the energy converted to light energy, according to the law of conservation of energy, the excess energy is converted into heat. If the LED lamp cooling structure design is unreasonable, this part of the heat can not be quickly ruled out, then the LED package size is relatively small, LED lamps and lanterns will accumulate a lot of heat, resulting in reduced life expectancy.

2, causing a decline in the quality of materials

Usually long-term use of electronic equipment, some materials will be easily oxidized, with the LED lamp temperature rise, these materials repeated high-temperature oxidation, quality will decline, life will be shortened. At the same time as the light switch, resulting in multiple thermal expansion and contraction, so that the strength of the material is destroyed.

This is a common problem of semiconductor heat source, when the LED temperature rises, the electrical impedance increases, resulting in increased current, the current increases the heat, so back and forth cycle, more and more heat will eventually lead to electronic components overheating and damage, malfunction.

4, the lamp material due to overheating deformation

LED lamps are composed of multiple parts, different parts of which use different materials, the thermal expansion and contraction of these materials are not the same size, when the temperature rises, some of the material will be due to overheating expansion and bending. If the distance between adjacent components is too small, both will produce extrusion, serious damage to components.

LED lamp heat dissipation will have so many problems, these components of the problem, will lead to the performance of the LED lamps decline, shortened life expectancy, so LED cooling technology is an important technical problem. LED power conversion in the future to improve at the same time, it should be more effective LED thermal design, LED lighting to get rid of heat problems.