In order to catch up with the harvest time before the new year when the price of jujube is good, jujube farmers usually adjust the production period by lighting at night. However, the farmers choose the lamps themselves to adjust the production period, and the success rate is very low, even less than 50%. The Fengshan Branch of the Agricultural Research Institute of the Council of Agriculture has studied that the use of LED lamps to adjust the ratio of red to blue light of 6 to 4 can effectively promote the early blooming of the mid-leaf species of jujube, which can come and bloom within 15 days of light. 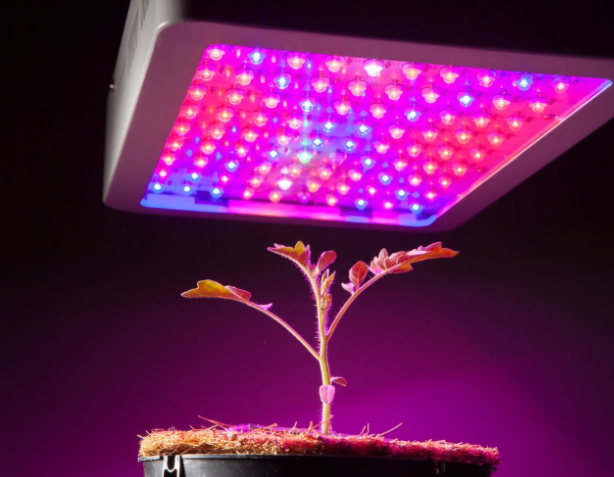 Jujube is a tropical fruit tree, the natural production period is from late August to early October, and it can be harvested in mid-February of the following year. However, jujube is a popular fruit for gifts during the New Year, and the price is good before the holiday. Farmers often use night lights to increase their accumulation of light, which promotes the early blooming of jujubes and adjusts the production period; however, red and blue light affect crop growth. The effect of production adjustment varies with date varieties. In the past, farmers used fluorescent lamps, halogen lamps, and other lamps to produce adjustments on their own, but the effect was not good.

The Agricultural Laboratory Fengshan selected LED lamps that were energy-saving and could adjust the ratio of red and blue light and conducted a light-emitting period adjustment experiment for the mid-leaf and snow honey, which are the most cultivated jujube varieties in China. The red light (600-680nm) in the light source has the effect of urging flowers, and the blue light (400-500nm) promotes plant growth. Fengshan branch, therefore, supplements the light for 8 hours after sunset every day and continues the experiment for 30 days. The experiment found that the middle-leaf jujube was illuminated at night with an LED lamp with a ratio of 6 to 4 red and blue light, and the effect was remarkable.

According to Guo Zhanhong, an assistant researcher at Fengshan Branch, it takes 1 to 1.5 months for jujubes to bloom to fruiting, and it takes 130 to 140 days for the mid-leaf jujube to grow. Therefore, the lights will be supplemented at night from July, and the flowers will begin to bloom on July 15. The harvest will be available in mid-January of the following year; after the flower is successfully urged, the light can be stopped until the length of the fruit is 3 cm in size, and then the red and blue light ratio is 4 to 6 night light, which can promote the growth of plant leaves and branches and help Strengthen the nutrient absorption capacity of fruit trees and make the fruit quality better.

However, the fruit growth period of the snow honey jujube is only 105 days. It is harvested too early, and there is no output to sell before the new year. Instead, farmers have the need to postpone its production period. According to the experiment of the Fengshan branch, the red and blue light sources were irradiated with a ratio of 4 to 6 light sources in July to prolong their vegetative growth. After 30 days of lighting, the lights were stopped and the jujubes could be postponed until September.

Guo Zhanhong pointed out that in the past, farmers used lamps for “indigenous steelmaking” and did not know the nature of the light source spectrum. Therefore, the effect of stimulating flowers was not seen after a long time. Fengshan branch tested and determined suitable varieties and their light source spectrum ratios to assist farmers in doing so. Accurate production adjustment, but this 4-year research project is currently underway for 2 years. The effect of the early mid-leaf jujube production period is more significant, and the effect of the delayed production period of snow candied jujube remains to be seen.