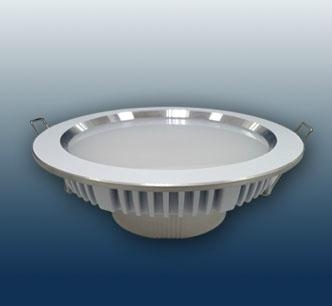 In view of the rising price of fluorescent powder, ordinary energy costs continue to rise, and the upstart LED lights as the lighting gradually into the public view. Since the inception of the LED lights, constantly upgrading its brightness gradually from the G24 LED into the field of LED lighting. LED Downlight slowly from the high-end lighting upstart into the new darling of the application market.

The downlight general used in shopping malls, offices, factories, hospitals and other indoor lighting, installation is simple and convenient for people to love. LED Downlight inherits all the advantages of traditional downlight, heat a small, power-saving and long life and minimal maintenance costs. The early LED Downlight LED lamp beads expensive, the overall cost is very high not acceptable for customers. With the LED downlight chip price reduced cooling technology for LED downlight into the commercial field and laid a solid foundation.