It is said that every penny earned by the street light manufacturing enterprises in China with the smell of blood. Although this is, indeed, a bit exaggerated, but after careful thought, felt this to put unreasonable.

According to the survey, China is currently about street light manufacturing enterprises 1200, the main production base in the Gaoyou the Zhejiang liangnong, the ancient town of Guangdong Dongguan, led street light company Guangdong, Sichuan, Chengdu and other places, the industry’s annual sales of approximately $ 600 million, the sale of street lamps channels belonging to the Government more than 95% of LED lighting Products engineering, industry mode of production orders for production of the very few companies do a lot of inventory, the street lamps profits from the sale of 8-25%. Lamp industry, the actual production capacity at the end of 2009 more than 200 billion yuan. Obviously, this is a serious excess capacity and labor-intensive industry. 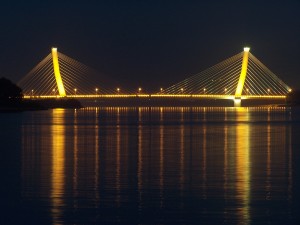 We found in the survey, the lamp industry is a highly irregular and industry. Mainly in the following aspects: First, non-standard business and employment. Staff health and social welfare are not duly protected, most practitioners have varying degrees of suffering from occupational diseases and lack of effective medical treatment, the disease is sprayed with the pole, galvanized, pole sanding, etc. caused by; Second, serious commercial bribery. Rebate for general government projects 25-45% of the cost of engineering, business owners reflect, led street light company  almost 99 percent of the government tender projects are the “human order, the so-called open tender in order to cover the eyes and ears of the world, just a show; enterprise serious tax evasion. Order to obtain orders, manufacturers tend to reduce the cost of a sword stabbing “tax” truly meet the national requirements of the corporate tax almost can not find a few; four companies to expense of the environment to survive. This is also the local governments to obtain more GDP of the enterprise to make the results of the concessions in LED high bay industry.

LED Street Lighting lamps enterprises in labor, led street light company  product sales, tax, environmental protection, according to law, then, the cost will have increased by 25-35% based on the original. In other words, the street enterprises in China is not business real legitimate profits earned their so-called profits to harm the health of employees, the deduction of employee benefits, in violation of the laws and regulations, and expense of the environment such as the cost in return. The source of this wealth is undoubtedly guilty, led street light company and it is bloody.