You are now at：LED Lighting Blog » The latest progress of smart light pole construction in Shenzhen and Guangzhou announced!

Shenzhen and Guangzhou are representative cities that are at the forefront of smart light pole construction, and they have already made better explorations and attempts. Let’s take a look at how these two cities are progressing in this field recently. 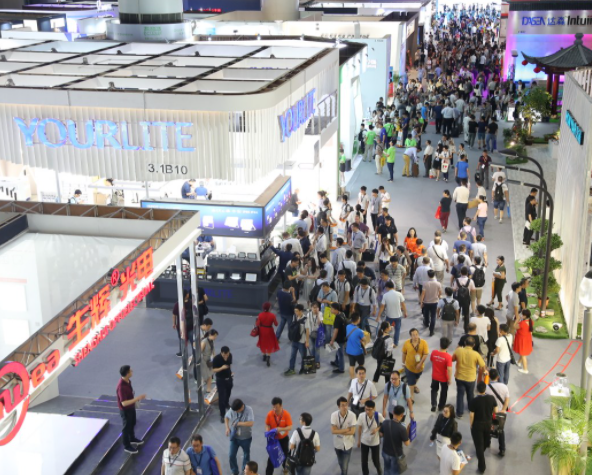 On July 7, the 113th Executive Meeting of the 15th Guangzhou Municipal Government reviewed and approved the “Guangzhou Smart Light Pole Construction Management Work Plan” (hereinafter referred to as the “Plan”) and the “2020 Smart Light Pole Pilot Construction Work Plan” (hereinafter referred to as “plan”). Clarify the work objectives and basic principles for accelerating the pilot promotion of smart light poles in major arterial roads and important places in the city, propose key tasks such as establishing a promotion mechanism, advancing pilot construction, and doing a good job in operation and maintenance, and clarify the division of responsibilities of relevant units. Put forward the principles, goals, and total amount of the planning and construction of smart light poles in Guangzhou in 2020, and clarify the specific scenarios, roads, and quantities of smart light poles. The meeting emphasized that relevant municipal departments should speed up the preparation of special plans and do a good job in the pilot construction, management, and application promotion of smart light poles.

The “Plan” proposes that by 2025, about 80,000 smart light poles will be built in the city, including about 42,000 in the downtown area, providing about 32,000 5G micro-station sites, and providing a guarantee for the 5G network in the central city. Site resources required for deep coverage. At the same time, a unified management platform for smart light poles will be built, and a number of smart city applications such as smart lighting, smart transportation, and smart policy will be put on poles.

Smart light pole is a new type of information infrastructure that integrates lighting, video surveillance, traffic management, environmental monitoring, communication, and other functions. It consists of infrastructure and poles, lighting facilities, traffic, video surveillance, and other pole-mounted facilities. An important carrier of the new smart city. In order to seize opportunities for the development of new infrastructure and smart cities such as 5G, promote the in-depth integration of a new generation of information and communication technologies and the construction of new smart cities, and strengthen Guangzhou’s leading position in the development of emerging industries such as 5G, the Internet of Things, artificial intelligence, and the Internet of Vehicles. Expand the scope of pilot work for the promotion of smart light poles and formulate this plan.

As a new generation of urban information infrastructure, smart light poles are related to many areas in the “new infrastructure”, such as 5G base stations, new energy vehicle charging piles, and Internet of Vehicles. As an important part and an important entrance of a smart city, smart light poles are a natural carrying platform for the informatization construction of smart cities.

The “Plan” proposes that Guangzhou should accelerate the pilot promotion of smart light poles in the city’s main arterial roads and important places. Mainly to meet the future 5G evolution, the booming development of the Internet of Things, big data, artificial intelligence, driverless, cloud computing, virtual reality, etc., as well as the needs of high-performance cities, and to promote the overall construction and planning of the city. According to the actual construction needs and progress of the operator’s 5G base station, adjustments will be made based on factors such as the actual situation in each district.