You are now at：LED Lighting Blog » High quality LEDs: the only way for Chinese LED giants to survive from “price battle”

Thank to the strong support from government, Chinese LED lighting business has a good development prospect. Around 80% LED applications all around the world was from China. China has been widely accepted as the giant LED factory in the world. However, there still many problems waiting to be solved in this “hug manufacturing factory”. The lure of the high profits attract so many small companies which has no standard regulations. Continuous “price battle” will give birth to a chaos in Chinese LED lighting market. 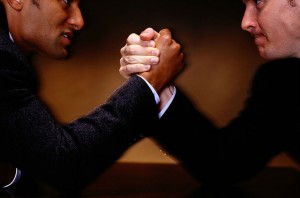 How Chinese big enterprises survive from this “price battle”? Obviously, dropping their own products’ prices is a bad policy. It is a Perish Song for Chinese LED lighting business. Increasing the quality of products is the only way for Chinese LED giants to survive. High quality LEDs will make Chinese manufacturers have their own brands. And brand effect will dramatically improve the long-term competiveness of Chinese LED enterprises. Exclusive Shop for LED is a “must be passed path” for making our own LED brands.

The rapid development of high quality LEDs attracts the attention of most Chinese LED giants, due to the highly developed economy and the huge potential of Beijing’s LED lighting applications market. Nowadays, the concept of energy saving and environmental protection is gradually rooted in consumers’ mind. There are around 50 LED merchants in Beijing, in which 5 are exclusive stores for LED (most of them are high quality LEDs). The promotion of the economy caused by Beijing Olympics give birth to the rapid developments in most of LED lighting business, like LED street light, LED landscape lighting, LED intelligent lighting, etc.

Even in other large cities in China, the growth of high quality LEDs is exponentially. At present, more than 80 LED merchants appeared in Shanghai’s lighting market. 20 of them are exclusive stores for LED lamps. Among them, only 5 stores are selling cheap products. “Cheap products have little superiority here. Yes, they are very cheap, but also they don’t have high qualities. Most of my customers are asking for high quality LEDs, especially in household lighting.” Said Zhu Jun. Who is running a LED household lighting stores in Shanghai.

In the currently chaotic Chinese LED lighting market, developing high quality LEDs is the best and only method for Chinese LED manufacturers to regain international competitiveness.