In the green light in power today, LED light source into the household, people have begun to various well-known brand of LED lights, whether it is now the rumors flying sky NVC, or the side of the transition while continuing production of traditional products, Foshan lighting, etc. most of these are brands, they are a prerequisite for success in the transition is to have a strong cash flow. The traditional lighting than these large companies, then other traditional LED lighting companies how to transition it appears filament lamp, so that these decline of traditional lighting manufacturers renewed vigor, while the LED industry has played a positive role in promoting development. 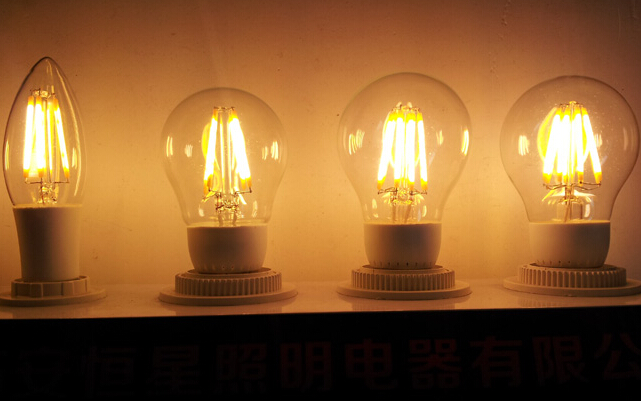 2013 began to be hot the LED filament, because more enterprises of all ages, the rapid increase in the scale of production capacity in 2014, more mature technology, prices are down, the filament prices fell from 4 yuan / bar to 2 yuan / article. It has been predicted that the filament lamp will be one of the inevitable popular products. It is understood, LED lamp filament reason for being favorable, mainly in the shape of an incandescent lamp similar to cater to the part of a nostalgia consumers. In addition, LED lighting filament lamp in crystal lamps, lamps and other European areas may well show the effect of incandescent, so in this part of the field there is a certain demand. This also led to the developed countries in Europe and America since the incandescent earlier delisting, European consumer demand for direct replacement of incandescent energy-saving products more urgent, so Chinese enterprises received orders for LED lamp filament, mostly from European countries.

Surface hot filament lamp market seemingly good momentum. However, through a series of analysis is not difficult to find, now behind the LED lights hot filament technology due to the lack of strong support, like a paper tiger-like, so that the future of the filament lamp trace missing expectations. In a good market prospects, technology research and development should be a primary condition, so as to allow enterprises to develop more favorable, with the backbone of the enterprise will have the right to speak, perhaps you can rely on their own instead of being big corporate mergers to make enterprise development better.