Last year, Sanan Optoelectronics has been working hard to reduce the inventory of LED chips. At the end of 2020, the inventory amount was 4.162 billion RMB, an increase of 1.021 billion RMB over the same period in 2019, but the inventory of 4.223 billion RMB in the third quarter of last year decreased by 61 million RMB. Reducing LED inventory is still one of the important tasks of Sanan Optoelectronics in 2021. At present, industry concentration is increasing and market demand is picking up. Several low-end and mid-end LED lighting chips are in short supply. Some low-end products have begun to adjust their prices in March 2021. Prices are expected to continue to rise, and LED chip inventories are on the decline. 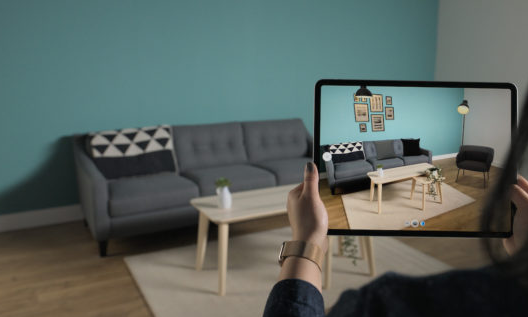 At the same time, Sanan Optoelectronics has made a breakthrough in adjusting its product structure. It has cooperated with many well-known customers around the world to import Mini LED chips into TVs, monitors, and other fields. The shipments of some customers are increasing month by month, and other customers are expected to import quickly, such as infrared, ultraviolet, automotive, and plant lighting LED chips are also gradually increasing, and the sales amount will gradually increase. In the Hubei San’an Mini/Micro LED display chip industrialization project, some of the equipment has been installed at the factory and the trial production is carried out; other equipment has also arrived at the factory, and will be gradually put into operation after the installation and debugging are completed.

In addition, Sanan Integration’s radio frequency, power electronics, optical communications, and filter businesses have also made breakthroughs, with production capacity ramping up quarterly. Last year, sales revenue increased by 304.83% year-on-year to 974 million RMB. The shipment of gallium arsenide radio frequency products is mainly 2G-5G mobile phones and WIFI, and the total number of customers is nearly 100. The filter business achieved a shipment of 10 million duplexers in the fourth quarter of last year. Quanzhou San’an Semiconductor Company is gradually releasing production capacity for some of the equipment that arrives at the factory, and will continue to promote equipment installation and debugging and capacity release in the future; Hunan San’an Semiconductor Project is expected to run in trial production in the second quarter of this year.

Facing the fierce competition of LED chips in the traditional field, the rapid development of new applications such as LED displays, and the country’s policy orientation for the active development of integrated circuits, Sanan Optoelectronics will continue to actively adjust its product structure in the future to improve Mini LED, infrared, ultraviolet, and automotive applications. Use products, plant lighting, and other high-end LED chips to account for the structure of high-end LED chips, strive to achieve rapid growth in sales revenue and profits; accelerate the production capacity expansion of compound semiconductor integrated circuits, and increase new profit growth points.

On April 27, Sanan Optoelectronics also released a quarterly report, revealing that in the first quarter of 2021, Sanan Optoelectronics’ operating income was 2.717 billion RMB, a year-on-year increase of 61.6%; net profit attributable to the parent company was 557 million RMB, a year-on-year increase of 42.14%; not only LED chip revenue Significant growth, and San’an integrated sales revenue increased by 146.39% year-on-year to 409 million RMB; LED chip inventory decreased by 224 million RMB from the previous month. In March this year, some LED chips began to increase prices, and the proportion of high-end products gradually increased, which will gradually increase their subsequent profits.