You are now at：LED Lighting Blog » The global LED market output value is estimated to reach 16.53 billion U.S. dollars in 2021

TrendForce’s Global LED Industry Database report shows that the LED industry will be hit by the new crown pneumonia epidemic in 2020, and the output value will not only decline but also a rare decline in previous years. 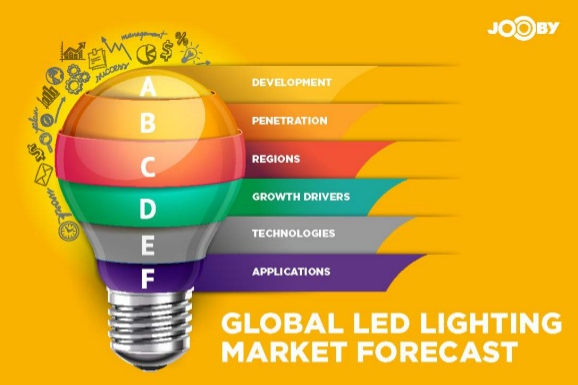 With the advent of vaccines in the first half of 2021, long-term suppressed demand will bottom out. It is estimated that the global LED market output value will rise this year, reaching 16.53 billion U.S. dollars, an annual increase of 8.1%. The main growth momentum comes from automotive LEDs, Mini LED, and Micro LED, as well as commercial-related displays and invisible light.

TrendForce expects that the sales performance of new energy vehicles will grow substantially this year, and new models of traditional fuel vehicles will accelerate the introduction of LED lighting solutions. This will drive the penetration rate of automotive LEDs to continue to rise since 2020. It is expected that the output value in 2021 will be expected to reach 2.93 billion US dollars, an annual increase of 13.7%, and its growth momentum ranked first among all LED application categories this year.

Secondly, the demand for new display applications including Mini LED and Micro LED will explode in 2021. Among them, thanks to Apple’s new-generation iPad Pro 12.9-inch and the introduction of Mini LED backlight technology in Samsung TVs, Mini LED backlight applications will increase significantly. The total output value of this company is US$380 million, with an annual growth rate of 265%, making it the second-largest growth block.

Third, the display market, driven by new application scenarios such as conference all-in-one displays, 5G 8K ultra-high-resolution displays, home theaters, and virtual production, has become the focus of market attention in recent years. It is estimated that the output value will reach 1.78 billion US dollars, an annual increase of 12%, making it the third-largest growth block this year.

It is worth mentioning that in the invisible light LED market, the UV-C LED market has attracted much attention due to the impact of the new crown virus epidemic. Brand manufacturers have successively increased their awareness of sterilization and purification, and the optical power of UV-C LED products continued to increase. Among them, relevant companies in China, Europe, South Korea, and Japan all plan to introduce new home appliances into UV-C LED, and plan or are importing more than 35 UV-C LED brand manufacturers. It is estimated that many applications of infrared and ultraviolet will push up the overall invisible light LED market output value to 830 million US dollars, an annual increase of 27%.