You are now at：LED Lighting Blog » The scale of global smart light poles will increase by 7.97 billion!

According to a Technavio research report, the global smart pole market is expected to grow by USD 7.97 billion from 2020 to 2024. 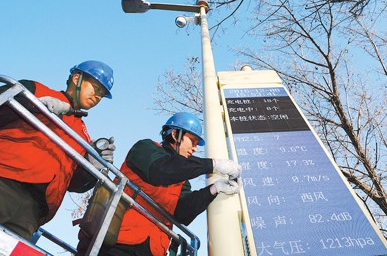 At present, my country’s smart light pole industry has also developed rapidly under the wave of new infrastructure. It is reported that as of June 2020, my country’s smart street light projects have won the bid for about 100, and the total project scale has reached 24.651 billion RMB.

Among them, there are three major domestic operators, 4 telecommunications and Internet technology giants, 32 traditional lighting/communication-related companies (including the provision of finished smart light poles and others), and 22 cross-border manufacturers such as security, charging piles, and the Internet.

The three major operators of China Mobile, China Unicom, and China Telecom have independently designed and built smart light poles or cooperated with manufacturers due to 5G network deployment requirements, occupying a place in the smart light pole industry.

The three major domestic operators independently or in cooperation with Huawei and other manufacturers have deployed smart light pole construction. The 5G smart light pole and NB-IoT smart street light projects have been implemented.

Alibaba, Tencent, Huawei, ZTE, and other Internet and communication giants rely on technological advantages and platform resources to win multiple projects. They not only cooperate with other hardware manufacturers but also gradually have independently designed smart light poles.