Recently, it was learned from the Comprehensive Administrative Enforcement Bureau of Jiangbei District of Ningbo City that Jiangbei took the lead in carrying out the road streetlight energy management renovation project in the whole city since the beginning of June this year. It will replace the 5,000-inch old street lamp head in the whole area. The high pressure sodium lamp will be replaced by a white light LED. 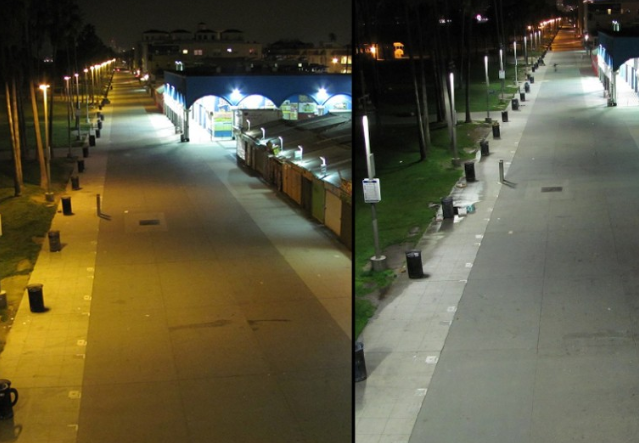 According to the person in charge of the Jiangbei District Urban Lighting Facilities Management Center, a team can change about 3 lights per hour, and can exchange about 20 lights every night. At present, the three teams are working at the same time, considering the situation that the rain is unable to operate. 5000 street lights are expected to be completed within 6 months.

Since 2015, all new roads in Ningbo have used LED lamp heads. As a fourth-generation light source, LEDs have higher brightness, better response and better directionality. Once they are powered, they will reach the maximum light output instead of the second. The three generations of light source takes about ten minutes to shine. After the special optical design of the LED street light, the light is strictly distributed on the road, and there is no light at all from the back, which will not affect the residents' sleep.

The 5000 units of street lamp replacement project is mainly distributed in the central city and Cicheng New City. At present, the product quality parameters are verified in the three pilots of Tongtu Road, Qingjiang Road and Shuangdong Road. After the completion of the transformation, the annual electricity saving fee for the whole district is about 350. Ten thousand yuan. At the same time as the renovation of the street lamp head, it will also solve a series of historical problems such as obscuring street lights, aging lines, insufficient lighting and excessive lighting.