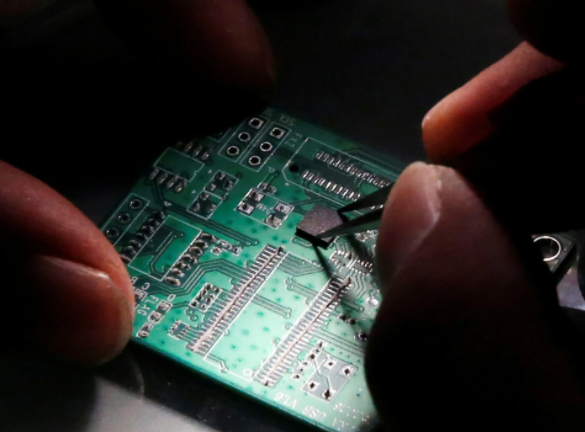 The industry predicts that in 2023, there will be 80.7 million Mini LED backlight terminal devices worldwide, with a compound annual growth rate of 90% from 2019 to 2023; the market size of Mini LED backlight modules will be US$530 million. The Mini-LED display device market is expected to reach US$640 million in 2023. In 2025, the shipment of Micro LED high-end TVs, mobile phones, watches and other modules will reach 330 million, and the output value will exceed 10 billion US dollars.

China's third-generation semiconductors are also ushering in a window of development. It is estimated that by 2025, the localization rate of GaN radio frequency devices used in 5G communication base stations will reach 80%; third-generation semiconductor power devices will be used in high-speed trains, new energy vehicles, industrial motors, smart grids and other large-scale applications; by 2030, form 1-3 world-class leading enterprises, drive output value of more than 3 trillion RMB, and save one trillion kilowatt-hours of electricity annually.

In 2021, consumer electronics giants such as Apple and Samsung have expanded their Mini LED backlight product camp. Apple's Mini LED backlight product shipments are expected to increase to 10 to 12 million units and 25 to 28 million units in 2021 and 2022. Samsung plans to ship 2 million Mini LED-backlit LCD TVs this year. Mini LED has become a popular concept in the capital market.

Secondly, Mini/Micro LED is in a critical period of capacity expansion, and the third-generation semiconductor is also in an important incubation period. At present, the LED chip industry continues to usher in an investment boom. In the face of a new round of growth curve, if there is insufficient investment, opportunities will be missed and even risk of falling behind. HC Semitek, as the “second child” in the domestic industry, has ushered in a more powerful new major shareholder at the crossroads.

The LED chip industry has experienced the survival of the fittest in the past two years. For example, BDO Runda has withdrawn from the LED chip field in 2019 due to the pressure of loss. In the critical period of industry transformation and upgrading, upstream and downstream, the industry and outsiders have increased investment in Mini/Micro LED chips and third-generation semiconductors, or expanded production capacity, or strengthened research and development, or merged together. Who can not keep up with the pace will become new objects to be eliminated.