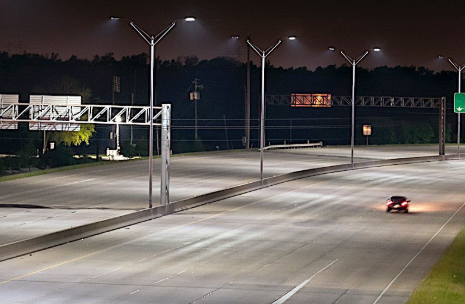 In 2009, several cities in China organized the evaluation and testing of LED road lighting products. Most LED street light products have made significant progress in key technical indicators such as light distribution curve and system light efficiency. The effect and other aspects have reached the requirements of relevant standards and specifications.

Although the technical level of LED street lamps has developed rapidly, most LED street lamp manufacturers have ignored the special technical requirements in cold areas during product development. A common misconception is that the application of LEDs in cold areas is conducive to heat dissipation and is not prone to failure. As everyone knows, under the cold application environment, there are stricter technical requirements for LED street lights, mainly in the following two aspects:

(1) The temperature in the cold area is low, and the temperature difference is large. The sudden change of the thermal shock and long-term low-temperature work have stricter quality requirements for the device.

(2) The application of LED street lights in cold areas must consider the preventive measures to prevent ice condensation.

In view of the above reasons, the popularization and application of LED street lamps in cold areas need to solve the following key technical issues.

After the LED chip is packaged, it is a solid solid device. There is a mismatch of expansion coefficients between the chip, silicone (or resin), metal bracket and lead, plus the impact of cold and hot shocks with large temperature differences in cold areas. The expansion and contraction of silica gel in the process of temperature change is intensified, and the internal stress of the device is too large, which will lead to increased displacement of the LED wire bonding point, premature fatigue and damage of the wire. At the same time, the solder joints with poor bonding state may be de-soldered, which may cause the solder balls and chip electrodes to be de-soldered, and even cause the LED chip to delaminate and fail.

There are hundreds of LED devices used in one LED street lamp, usually in a serial configuration configuration. If one LED fails, it will cause multiple LEDs to fail together. Therefore, LEDs used in cold areas The street lamp must first set reasonable packaging technology parameters such as ultrasonic power, bonding pressure, bonding time and bonding temperature according to the temperature change characteristics of the lamp under a specific use environment to ensure the reliability of each LED device in a low-temperature operating environment .

Another key technical challenge lies in the reliability of LED street lamp driving devices under low-temperature operating conditions. At present, most LED street lamp driving power shows different types of soil and water dissatisfaction in cold and low temperature environments. The more prominent characteristics are the failure to start normally at low temperatures and the high failure rate in long-term low-temperature operating environments.

(2) The electrolytic capacitor electrolyte freezes at a low temperature and loses its capacitive effect (the ions in the solution only have ion polarization at this time), and has no loading capacity.

(4) The thermistor at the input terminal to prevent inrush current will increase in resistance at low temperature (3 to 5 times of normal temperature), which will also cause low temperature to fail to start normally.

The solution to the above problems is to start with the selection of devices with better temperature characteristics. For example, not all electrolytic capacitors cannot work at low temperatures. Generally speaking, electrolytic capacitors above 200V have poor low temperature resistance, while electrolytic capacitors below 160V can basically work normally at -40 ℃, as long as two are selected. The use of low-voltage electrolysis in series can solve the problem. The adjustment of device selection may slightly increase the cost of the driving device, but from the point of view of the overall cost of the LED street lamp, this design adjustment is very necessary and cost-effective considering the factors of improving reliability and reducing maintenance costs.

The popularization and application of street lights in cold areas is a problem that is easily overlooked because ice and snow accumulate on the surface of the lamps, and the ice icicles formed after heating and melting. Once the ice icicles are formed, it will cause a very big safety hazard to vehicles and pedestrians. Especially for LED street lamps, aluminum is generally used for the lamp housing, and the alumina on the surface is a hydrophilic material, which is more likely to cause ice condensation. In 2008, a large-scale snow disaster in southern China caused a large amount of ice icing on aluminum surface high-voltage conductors, which collapsed and destroyed a large number of power facilities. The consequences of this disaster are not only caused by climate, but the high-voltage cables on the surface of alumina are hydrophilic materials, which is also an important incentive. As it affects the safety of road traffic, preventing ice condensation is a safety measure that must be considered when applying LED street lamps in cold areas.

Based on the test data, we have set up LED street lamps with different appearances and housing materials in winter for 2 consecutive years. Through experiments, we found that all lamps have a smooth, smooth and smooth appearance; there is no ice or snow or water storage bearing structure; surface materials LED street lights with excellent hydrophobic properties will not cause ice condensation.

Most of China's cold regions are in high latitudes, with a cold climate and large temperature difference, so it brings new challenges to the application of LED road lighting products. On the other hand, the average daily lighting time in most cold areas is longer than the domestic average, so the power consumption of lighting is also higher than the domestic average. Therefore, the geographical characteristics of short days and nights bring more demand for LED lighting applications. In short, there are both challenges and opportunities.