the advantage between LED downlights and LED Spotlight 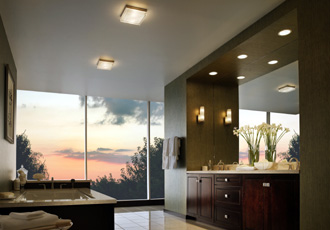 LED spotlight is a highly condensed lamps, the light from it is having to specify a specific target. Mainly used for special lighting, such as to emphasize a lot of flavor or very new place.

2, from the location to see LED downlight applications generally are installed in the ceiling, usually just above the ceiling needs to be installed at 150mm. Of course, there is also an external LED downlight type. In areas without ceiling or mounted LED downlight chandelier is a good choice, the light with respect to the LED lighting should be soft. LED spotlight can generally be divided into orbital, point hanging and embedded variety. LED spotlights are generally of a transformer, but there are also without a transformer. The embedded LED spotlight can be installed in the ceiling. LED lighting is mainly used to be stressed or performance, such as video walls, paintings, jewelry, etc., can play to enhance the effect of light rhyme.