“Indian businessmen are constantly looking at the products and have already squeezed my booth,” Ms. Chen, who participated in the India LED Products Exhibition, lamented that although she was exhausted every day, orders from many large Indian customers were still Make her excited. 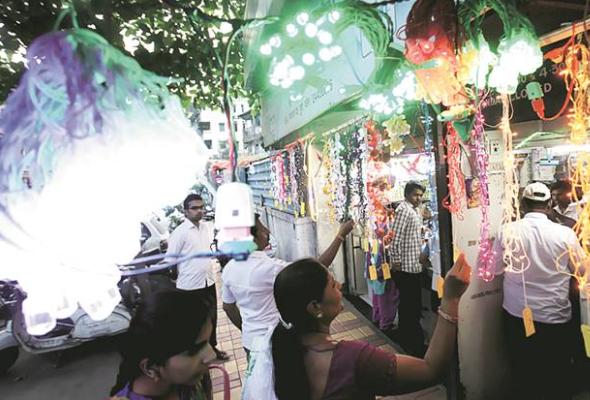 The efficient lighting plan promoted by the Modi government in India has activated the huge potential of the LED market. To save lighting costs, India plans to provide 770 million LED bulbs to the public by 2018.

Since Indian LED products are mainly imported, a considerable part of them come from China. This efficient lighting plan has created huge business opportunities for Chinese LED manufacturers in India.

To understand the popularity of Chinese LED products in India, the reporter specifically visited the 2015 largest LED products and technology exhibition in India, which was held in New Delhi earlier this month.

Chinese companies account for one-third of the more than 200 exhibitors. The LED products on display include materials, chips, equipment, packaging, and lighting accessories, covering the entire LED industry chain. The reporter saw that almost every Chinese booth will be consulted by many Indian businessmen.

Chinese LED products enjoy the reputation of “cheap and good quality” in India. Gulabchand Haria is a businessman who does wholesale business in Mumbai and has also visited LED exhibitions in New Delhi. Haria said: “I mainly want to order LED lights from Chinese manufacturers. Although I also operate products provided by Indian suppliers, the price is more expensive than Chinese products, so the sales are not good. So I still hope to sell Chinese goods.”

The reporter saw many Indians asking about a product developed by the Chinese Academy of Sciences for driving LED lamps at the booth of Ms. Chen. Ms. Chen told reporters: “This kind of product is specially designed by experts from the Chinese Academy of Sciences according to the unstable voltage in India. Installing this kind of driver can avoid the damage to the bulb caused by the sudden voltage increase.”

Ms. Chen said that the price of this new product of the Chinese Academy of Sciences is only half of the current ordinary lamp driver on the market, but most Indian customers are still stuck in the product consulting and testing stage. After the product is approved by the market in the future, Indian customers will save half the cost. This is really “cheap and good.”

At the exhibition, the reporter saw a mandatory product registration system table issued by the Delhi test laboratory officially approved by India, which proposed many new standards for LED lighting systems related to products such as TVs, mobile phones, cash registers, and plotters. .

An industry source told reporters: “Although this can be seen as a way for the Indian government to restrict Chinese LED products, it warns Chinese manufacturers that they need to work harder to improve product quality.”