March 31 afternoon, led by China GO Scale Capital consortium announced the successful acquisition of Royal Philips Lumileds80.1% of the company’s shares, Philips will retain the remaining 19.9%  of the shares. The transaction, valued at approximately $ 3.3 billion transaction is expected to be completed in 2015 in the third quarter after obtaining regulatory approval and other trading conditions. 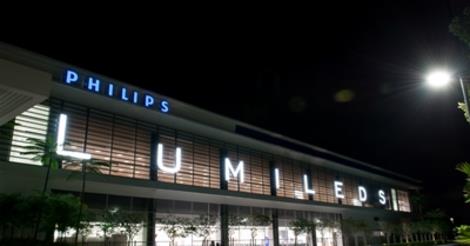 Lumileds is the world’s leading manufacturer of LED lighting products, including light assembly, general lighting, automotive lighting and lighting of mobile electronic devices, the company operates in over 30 countries around the world, in 2014, the company’s sales of nearly $ 2 billion, pre-tax profit of about $ 230 million.

Meanwhile, as the transaction platform to undertake industrial LatticePower, from 2006 to now, it has already established in Nanchang and Changzhou production base, set up sales companies in the United States, and the world’s first silicon substrate LED chip to achieve industrialization . Meanwhile, LatticePower also approved the National Science and Technology silicon LED engineering technology research center of the industrial base.

Lighting is a successful revolution, established a dominant position in the change in the lighting industry, has been recognized around the world. Also, the semiconductor lighting is a global opportunity, global challenges require global cooperation! Not any company or institution, or even a country can fully explore and release independent full potential of the industry.

At present, China LED manufacturers lack the necessary IP to expand the international market, and patent, therefore, in terms of scale and cost competitiveness needs to be improved. For example, the size and cost factors to measure, China LED companies’ productivity lags far behind peers such as Lumileds, Nichia (Nichia) and the like. Chinese capital after the acquisition of Lumileds, can cause significant structural changes in the entire LED value chain, and may produce similar flash memory semiconductor industry, Samsung and TSMC foundry industry for such a large group.

Meanwhile, after the completion of the acquisition among industrial countries, the future of the concept of value in the management of conflicts in the question of how can grasp. Signing only the first step in a successful merger, success in the true sense but also to achieve effective integration.