The Education Department of Keelung City Government said today that last year and this year, 16 million were allocated, and more than 20,000 lamps in the city’s schools were fully upgraded to LED lamps, and T5, T8, and T9 fluorescent lamps were replaced, and the problem of insufficient classroom lighting was improved. It is hoped that the rate of poor eyesight of students can be reduced, and electricity bills can also be saved. 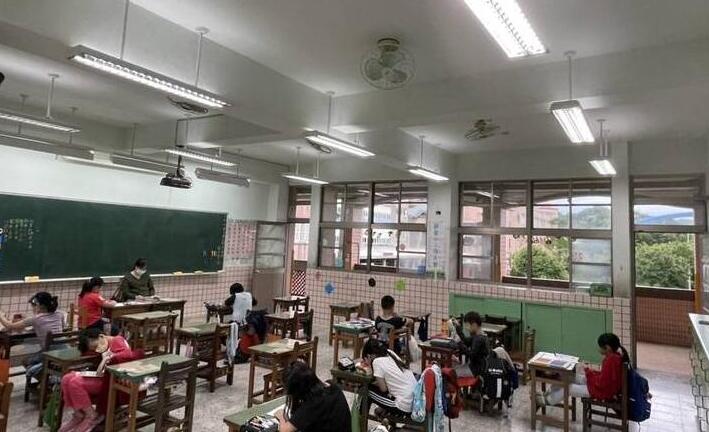 According to the Ministry of Education, statistics show that Taiwan has the highest proportion of myopic population in the world, with 9 out of 10 people being shortsighted, and nearly one million schoolchildren with myopia, which has become a major health problem for Taiwanese. Because the eye muscles are still developing in elementary and middle school students, the earlier they get myopia, the higher the degree of stereotypes in adulthood. Poor lighting is one of the important factors causing myopia, so we started to improve campus lighting.

The base city government has allocated 16 million yuan each in last year and this year, with a total of 32 million yuan in the two years, and fully updated 24,394 lamps in the city’s schools to LED lamps, and replaced T5, T8, T9 fluorescent lamps, and achieved classroom illumination. National illuminance standard of 500lux and blackboard illumination of 750lux.

According to the Department of Education, the information provided by the Energy Bureau of the Ministry of Economic Affairs shows that 0.554 kilograms of carbon dioxide will be produced per kilowatt-hour of electricity. According to the number of replacement groups in the city, the original use of traditional lamps of 30W for 8 hours a day, the school electricity cost is calculated at 3.52 yuan per kilowatt-hour. The school uses about 2,108,160 kWh per year, the electricity bill is about 7,420,000 yuan, and the carbon emission is about 1,167,920kgCO2. After changing to LED lamps, the city’s schools can save about 3.71 million yuan in electricity bills each year, and reduce carbon emissions by about 583,960kgCO2, each by about 50%.

Director of Education Lin Zhuli said that the lamps and lanterns purchased in the past two years are all in line with CNS regulations, and have the product certificate of luminous efficiency and energy-saving mark recognized by TAF. In addition to avoiding glare and improving illuminance by replacing the lamps in the classroom, it is also easier to maintain and replace the lamps in the school.