GPS is the most widely used positioning technology in the world, but it is ineffective or inaccurate in indoor spaces. This is because radio frequency (RF) signals transmitted from satellites are blocked by indoor obstacles such as walls or ceilings of buildings. This shortcoming of GPS has led the industry to adopt other techniques for indoor location tracking, with varying degrees of success. IPS typically consists of two distinct elements – beacons and tags, where beacons are placed at different points in the building, and tags are carried by individuals or placed on objects that are being tracked by location. Some technologies used for location tracking include: 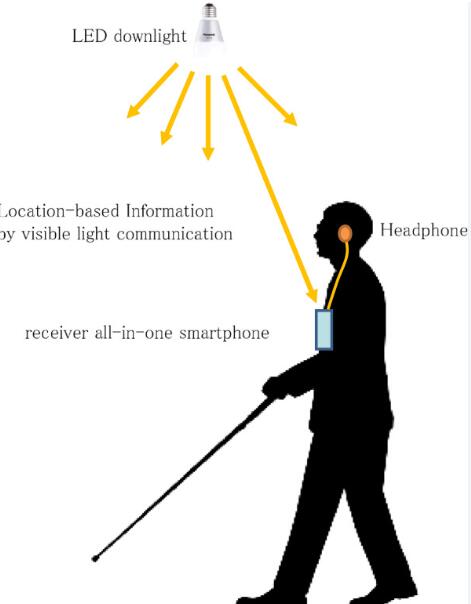 Inertial Measurement Units: These units use multiple sensors such as accelerometers, magnetometers, and gyroscopes to provide information about the relative movement of the tags. An advantage of this technique is that it does not require the use of beacons, but the overall accuracy is poor (a few meters) because position errors accumulate rapidly over time.

Ultrasonics: They use sound as a communication medium, operate on time-of-flight (the time it takes for sound to travel from a beacon to a tag, and vice versa), and can resolve position to less than 1 meter, but suffer from interference from solid objects. This means that measurements are not always reliable.

Other RF technologies: The widespread availability of Bluetooth and Wi-Fi makes them well suited for use with IPS, but the main difficulty is that these signals behave very differently in the presence of obstacles and people walking around (due to reflections and multipath propagation). Ultra-Wideband (UWB) can penetrate materials such as concrete, glass, and wood, making it suitable for in-building applications (where the beacon’s line of sight is often obstructed as the tag moves around), but this technology is not yet widely used, and the power levels of some signal frequencies are limited by regulations on the use of the radio spectrum.

The methods mentioned above have certain limitations in usage and accuracy, meaning they are not ideal for IPS applications, while visible light communication (VLC) is emerging as a very promising solution to the accuracy problem. Visible light is the part of the electromagnetic spectrum (375-780nm) that the human eye can perceive, and VLC uses this bandwidth to wirelessly transmit data while illuminating indoor spaces. In a VLC system, the microcontroller modulates data onto an LED (beacon), which is received by a photodiode in the tag (e.g., a phone’s front-facing camera). Using light as a medium to transmit data requires little extra power than LED lighting requires, and installation costs are low because the lighting is already present in almost all interior spaces. While the modulated data inevitably causes the LEDs to flicker at frequencies that are imperceptible to the human eye, they are easily detected by the receiving device. By embedding a unique identifier in each LED and modulating it onto the LED driver, each light fixture (often called a light source) within a building can transmit a unique code related to its exact location. Using the identifiers received from the three luminaires, a triangulation algorithm can determine the location of the tag with an accuracy of 30 centimeters – an order of magnitude better than the best-performing radio frequency-based positioning systems.

Efficiency and compact size are two major challenges to face when designing VLC systems, and on semi’s NCL31000 advanced light engine addresses both issues by integrating all the functions that such systems require into a compact IC. It features a 97% high-efficiency LED driver, supports PWM dimming, and has an EMI-compliant DC-DC converter for driving other system components such as sensors. It also features an onboard analog-to-digital converter (ADC) that provides accurate and detailed diagnostics for the local MCU with a choice of integrated I2C or SPI bus. The NCL31000’s companion device, the NCL31001, supports multi-channel LED applications, while another IC in the family, the NCP31010, also integrates a Power-over-Ethernet (PoE) driver (still with an LED driver) into a single package, allowing data to be modulated directly to LED lights without the need for a separate Ethernet driver IC, and also allows lighting fixtures to be connected as part of a smart lighting solution. This is especially attractive to smart building designers looking to manage to light as efficiently as possible. By continuously monitoring room occupancy, lighting levels can be dynamically adjusted based on daily usage patterns. Using DC power provided by PoE drivers to power the luminaire eliminates the need for AC cables and AC/DC transformers in the luminaire, where temperature, humidity, air quality, and other smart sensors can be deployed. These ICs meet the requirements of the “yellow dot” luminaire certification program, which allows manufacturers to test and certify that their LED luminaires are interoperable with Philips’ indoor positioning technology, and is open to all luminaire manufacturers.

Indoor positioning systems have the potential to bring many benefits to managers of smart buildings, allowing them to greatly improve the user experience, safety and security of visitors to shopping malls, event venues, airports, and hospitals. GPS is not suitable for use in indoor environments, therefore, many different techniques have been tried in the industry to provide indoor tracking with varying degrees of success in providing the accuracy of location tracking. VLC overcomes the limitations and deficiencies of other technologies and can be implemented by using LED driver ICs such as NCL31000 in the design stage of LED lighting fixtures, so that the designed IPS can be used to track indoor objects and personnel positions with an accuracy of up to 30 cm.