(1) Overcapacity accelerates consolidation within the industry

The rapid growth of domestic LED output value has also brought about overcapacity in the industry as a whole. The overcapacity further accelerates the integration and de-capacity in the industry and promotes the growth and development of the LED industry in the fluctuation. In the field of LED epitaxial chips, the pressure of destocking leading enterprises is increasing, and the excess capacity is transferred to low-end products, resulting in fierce competition in the general-purpose LED chip market and a continuous decline in prices. Small and medium-sized LED chip companies have compressed production capacity or even shut down, which indirectly reduces the market demand for LED front-end equipment. In the packaging field, affected by the continuous release of LED packaging capacity and the continuous reduction of profits, the packaging prices of small and medium-power products have dropped significantly, and the prices of high-power devices have also shown a slight downward trend. It is forced to develop in the direction of customized light source characteristics. In the field of LED applications, the profits of traditional general lighting continue to shrink. Large enterprises with strong design capabilities, master channel resources, and brand advantages are also affected and forced to turn to emerge fields such as LED displays. Small and medium-sized enterprises are increasingly difficult to survive. 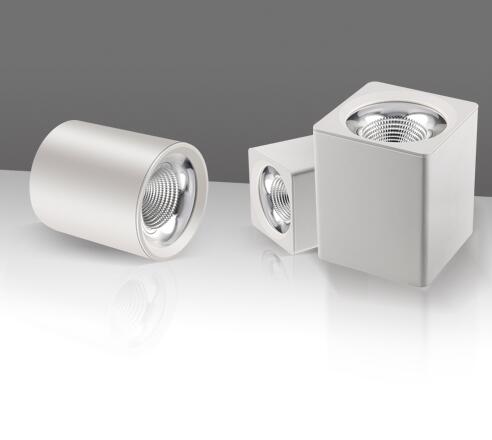 In 2021, the global LED industry’s willingness to invest will decline as a whole under the new crown pneumonia epidemic. Under the background of Sino-US trade friction and the appreciation of the RMB exchange rate, the automation process of LED enterprises has accelerated and the industry’s intensive integration has become a new trend. With the gradual emergence of overcapacity and thinning profits in the LED industry, international LED manufacturers have frequently integrated and withdrawn in recent years, and the survival pressure of my country’s leading LED enterprises has further increased. Although my country’s LED enterprises have recovered their exports due to the transfer substitution effect, in the long run, it is inevitable that my country’s export substitution to other countries will weaken, and the domestic LED industry is still facing the dilemma of overcapacity.

In 2021, the prices of products in the LED industry will continue to rise. Relevant domestic and foreign companies such as GE Current, Universal Lighting Technologies (ULT), Leyard, Unilumin Technology, Mulinsen, etc. have raised product prices many times, with an average increase of about 5%, of which the price of very few products in short supply has increased by as much as 30%. The fundamental reason is that the price of LED products fluctuates due to rising raw material prices. First of all, due to the impact of the new crown pneumonia epidemic, the supply chain cycle of the global LED industry has been blocked, resulting in rising raw material prices. Due to the tension between supply and demand of raw materials, upstream and downstream manufacturers in the industry chain have adjusted the prices of raw materials to varying degrees, including upstream and downstream raw materials such as LED display driver ICs, RGB packaging devices, and PCB sheets. Secondly, affected by the Sino-US trade friction, the phenomenon of “lack of core” has spread in China. Many related manufacturers have increased their investment in research and development of products in the fields of AI and 5G, which has compressed the original production capacity of the LED industry, which will further lead to rising raw material prices. . Finally, due to the increase in logistics and transportation costs, the cost of raw materials has also increased. Whether it is lighting or display areas, the trend of rising prices will not subside in the short term. However, from the perspective of the long-term development of the industry, rising prices will help manufacturers optimize and upgrade their product structure and increase product value.

(3) There are more repetitive investments in emerging fields

Due to the relatively scattered distribution of LED industry investment across the country, there is a problem of repetitive investment in emerging fields. For example, Mini/Micro LED display technology has excellent characteristics such as high brightness, high integration, high refresh, and flexible display, and has become a new generation of display technology recognized by the industry after OLED and LCD. Mini/Micro LED display products are in the stage of explosive demand, and the broad market prospect makes Mini/Micro LED a hot investment. For example, Ruifeng Optoelectronics raised about 700 million RMB for Mini/Micro LED technology research and development projects, Huacan Optoelectronics is expected to invest 1.5 billion RMB for Mini/Micro LED research and development and manufacturing projects, Leyard, Epistar, Lijingwei Electronics jointly launched the first Micro-LED Research Institute in China. Although new production line projects for Mini/Micro LED have been launched, many technical difficulties such as mass transfer and repair, driving, and color conversion have not been effectively solved, and key materials and equipment are still facing the problem of “stuck neck”. There is uncertainty about the influx of various types of social capital, guiding funds and industrial funds into this field. To solve these problems, not only professional investment is needed to lead, and the upstream and downstream industries will be driven to achieve linkage, but also key links need to be fulfilled. Make up for shortcomings.