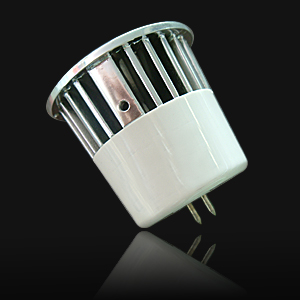 b, lighting method. Long-range projection for the protection of buildings, but most of the cast light shade measures, resulting in overflow of light more to the outside of the illuminated objects, the initial estimate about 1/4 to 1/3 of the light from dissipating into the air and outside the illuminated object
, The formation of light pollution. The neglect of energy-efficient major premise.
c, the choice of lighting fixtures. Lack of
Consideration of the lighting fixtures as ultraviolet and infrared radiation, causing irreparable damage to the ancient buildings.
In ancient architectural lighting, LED display unparalleled advantages.
Accumulation of large heat safe lighting system: LED lights source power of all low-voltage drive to solve the heat dissipation problem is not easy to satisfy the requirements of fire safety.
Green lighting products: infrared and ultraviolet light, will not vandalism, while the light source does not contain mercury, will not cause environmental pollution, is a truly green lighting products. Give full play to the compact design with point lighting, surface lighting, partial lighting suitable for display in the art lighting design space is very large. Long life, up to tens of thousands of hours, low maintenance costs.
Instance – Xiangunan door walls
Overview:
Inside and outside the Xi’an ancient city wall preserved intact, the vigorous development of tourism resources, the formation of the human heritage features in East and West, North and South 24 radiation. Xi’an city wall in the Sui and Tang dynasties, “Imperial” on the site of the Ming emperor Hongwu years after eight years of expansion from our existing largest and best preserved ancient city building.

Xi’an city wall of Ming Dynasty Hongwu to the 6th century when the Sui and Tang imperial walls based on expansion of the formation. The ancient city wall every 120 meters there is a 12m * 20m salient known as the “enemy” Every enemy on stage has troops in fortresses one. City Siyu built turret one. East, west, south, Beiyuan the construction of the Shing Mun a, respectively, for the East the Changle door, West Andingmenwai, South Yongning door, Beian far from the door.
Outside the city were built to protect the door Urn Urn on a built tower, watchtower each one. Urn outside the inside of the moat shore Pro, has a gate control “suspension bridge” floor, an, Confucius Temple flanking City top built Kuixinglou to a surface of the top of the walls to three-brick Fuman puzzle, known as “sea TRANSACTIONS. The outer edge of the sea Fuman build crib wall and the whole city the total Duokou 5984, along the contact of the “parapet”.
This article describes the LED lighting is the south gate of landscape lighting, including the tower, gateway buildings, watchtowers, Kuixinglou and walls battlements and drainage holes. Walls on top of the building landscape lighting design:
The south gate of the ancient city wall buildings, including towers, gates, buildings and enemy units on both sides of that part of building the overall performance of the ancient Chinese architectural culture is the iconic buildings of the south gate of ancient city wall, the general features of the Department of the Qin and Han style of multi-level tower construction, brick and gray tiles, carved pillars and painted beams, although the age-old, but still kept a full roof cornices momentum imposing atmosphere.