Since abandoning the large-screen OLED technology route, Samsung has been increasing the research and development of QLED quantum dot technology, and most of its TV products also use QLED technology. At present, the advantage of QLED is that it can greatly increase the color gamut coverage of TVs and display more colors. However, the current QLED is far away from the “complete body” of electroluminescence. 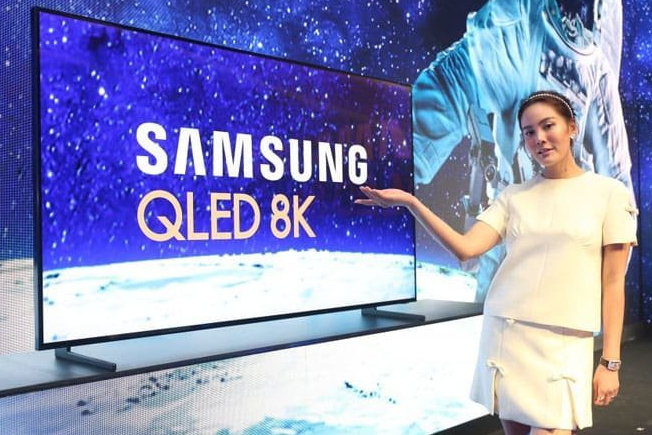 The current QLED TVs on the market are still LCD TVs in essence, and the backlight is still an LED light source, but a layer of quantum dot film is added between the backlight and the liquid crystal to improve the color performance of the picture. The future of QLED is electroluminescent quantum dots. Like OLED, the pixels emit light, and there is no life-span problem of OLED organic light-emitting materials, and it will not burn the screen.

Although it is still far from the realization of electroluminescence technology, Samsung has never given up on exploration. Recently, Korean media reported that Samsung successfully developed blue QLED technology, which can increase the luminous efficiency of the screen by 20%, achieve a maximum brightness of 88,900 nits, and extend the QLED handle to 16,000 hours.

The so-called quantum dots are semiconductor particles with a diameter of nanometers. When illuminated, photoluminescent quantum dots emit light of different colors according to their size. Blue is the most difficult color among the three primary colors of QLED and has the largest band. The gap will be oxidized when exposed, which will shorten the service life and reduce the luminous efficiency.

Samsung said that the researchers used a double emission layer and a short ligand structure on the surface of the blue quantum dot, and increased the current injection rate to ensure the long-lasting light response of the quantum dot material. This technological innovation is expected to accelerate the implementation of electroluminescent quantum dot technology as soon as possible.