Say goodbye to traditional lighting fixtures. The 240,000 street lights in Gaocheng will be fully LED, which is expected to be completed before the end of the year. The Gao City Public Works Bureau will also modify the “smart street light” system for 80,000 street lights in the urban area. Once the lights are damaged, they can be reported back through the Internet immediately, saving the maintenance department’s labor and cost for patrolling street lights at night. 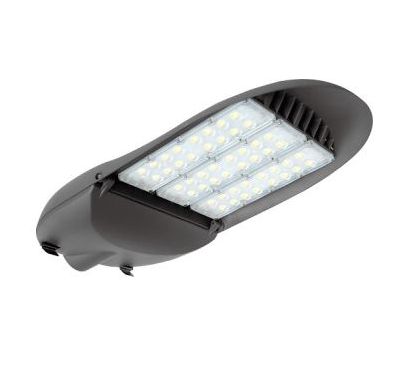 Since 2013, Gaoshi has gradually replaced high-pressure sodium gas lamps or metal-clad lamps. As of 2019, 120,000 LED street lamps have been replaced. Many of the lamps that have been out of warranty but have not been damaged have long been decayed. Fully updated together. At present, the overall refurbishment progress in the 35 districts of the city has reached 80%. Qianjin, Yancheng, Mi Tuo and Liugui districts have all been refurbished, and Renwu, Taishe, Tianliao, and Meinong districts have reached 90%. All replacements are expected to be installed by the end of the year.

The Bureau of Public Works stated that the subsidy from the Energy Bureau of the Ministry of Economic Affairs was limited before 2019, and only 120,000 LED street lights could be replaced in 7 years. Introducing private financing this year, and signing the “Energy-saving and Smart Street Lamp PFI (Private Finance Initiative, Private Finance Initiative)” replacement plan with two LED manufacturers. The manufacturer installs brand-new LED lamps and replaces the LEDs to save electricity costs. The manufacturer submits an application every six months. The Bureau of Works estimates that it takes about 8 years for manufacturers to pay back their costs.

The new LED street lamp consumes 70 watts of electricity per lamp, and the main roads such as Zhongshan Road use high-brightness 100 watt lamps. The Bureau of Public Works estimates that it can save about 108 million RMB in electricity bills, reduce power consumption by about 70 million kWh, and reduce carbon emissions by about 37,000 tons per year.

In addition, this year the Works Bureau also started to deploy “smart street lights” for street lights in urban areas. A black box for sensing is installed on the LEDs. Once damaged or unlit, it will be sent back to the system through the wifi generator to improve Rush repair efficiency.

The Bureau of Public Works emphasized that the illuminance and brightness of the new LED street lights meet the requirements. In response to some people’s dazzling response, engineers will adjust the angle of the street lights or install shading facilities to improve it.