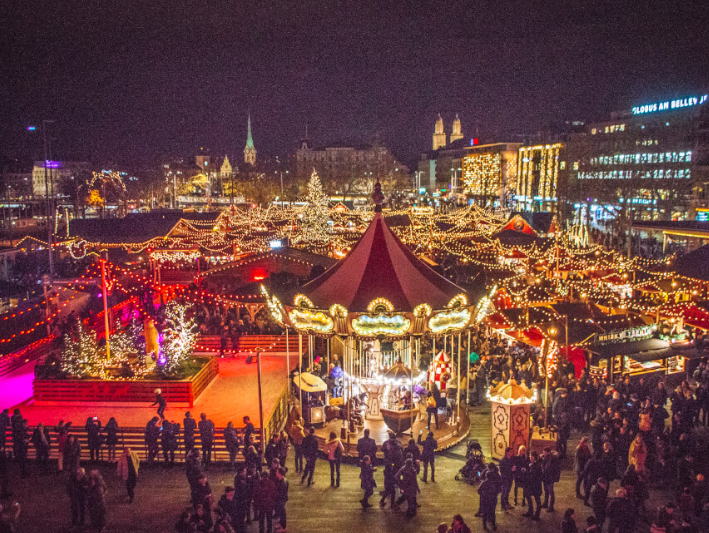 “Lucy” is composed of 11,000 crystals and more than 23,100 LED lights, and her “weight” has reached more than 100 tons. She winds along the shopping avenue-“Bahnhofstrasse” in Zurich’s “high-end atmosphere”, Extend beyond a kilometer.

EWZurich City Electric Power Company EWZ said that the power consumed by “Lucy” in a specified period of time was the same as the electricity consumed by baking a Christmas cookie in an oven.

However, in light of the climate crisis, doubts and criticisms have gradually risen. Power company EWZ spokesman Harry Graf clarified accordingly: “Each time the electricity produced will actually be used in a lamp that must have light.” Graf said: “Everyone who is used to using green electricity and people who use LED lighting can feel at ease and have a clear conscience to accept energy-saving Christmas lights. It is even worse that there is no need to waste electricity all year round. ”

Residents of Zurich are obsessed with silver glittering Christmas lights decorated with colorful beams of blue and red. In the slowly falling snowflakes, they are intertwined with pure white, playing the prelude to Christmas. That’s right, “Lucy” really hit people’s hearts, attracting thousands of people to stop here.