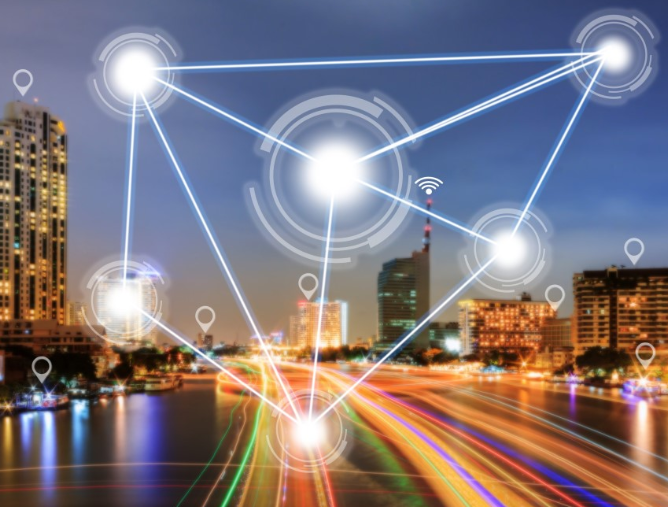 On May 8th, the first batch of 107 smart street lamps was installed after the resumption of work in the "Smart Street Lamp Project of East Lake High-tech Development Zone" in Wuhan Optics Valley Central City. The project will implement the installation of about 5,500 sets of smart street lamps in the central city area of ??Wuhan East Lake New Technology Development Zone and the entire section of High-tech Avenue, using the optical valley center city area as a pilot, and will promote and upgrade the entire East Lake High-tech Zone in the future.

In April, Xiangcheng North Street and Fancheng ZhongRMB Road in Xiangyang, Hubei were selected as pilot sections for smart lamppost transformation. The traditional streetlights along the route will be upgraded and renovated. The road with a total length of about 3.2 kilometers from North Street and ZhongRMB Road will be selected as the smart lamp in Xiangyang In the pilot road section, all light poles along the route will be upgraded. By then, these two blocks will achieve full coverage of 5G signals.

In mid-April, the first 20 smart light poles in Chancheng District of Foshan City have been put into use in the People's Park of Chancheng District, exerting the functions of urban information integration and security, and greatly enhancing the wisdom experience in the park. The reporter learned from the Urban Management and Comprehensive Law Enforcement Bureau of Chancheng District that this year, Chancheng plans to build more than 700 smart light poles, which will promote urban management to a new stage of intelligence and provide a new field of construction for Chancheng. New smart cities provide strong support.

In March this year, Hangzhou City, Zhejiang Province officially included air detection as a smart light pole. At present, the construction and installation of 100 street light pole sites in the main urban area of ??Hangzhou, Binjiang District, and Qiantang New District have been basically completed, and about 62% of the equipment has been launched Debugging access. In the future, in addition to the basic lighting function, Hangzhou City Smart Street Light Pole will also realize 5G base station, WIFI coverage, environmental monitoring, video monitoring and other functions, becoming an important neural network for the operation of the "urban brain". And at the end of this year, in the city of Hangzhou, the traditional 120,000 street lights were transformed into smart light poles integrating lighting, 5G base stations, WIFI coverage, environmental monitoring, video surveillance, and signage.

Recently, Sanya issued the "10 Measures for New Infrastructure". It is pointed out that Sanya allocates 100 million RMB each year for new infrastructure construction support. It is understood that as of May 16, Sanya has built and opened 288 5G base stations, 667 are under construction, 511 are being declared, a total of 1466. According to the relevant person in charge of Sanya Science, Technology and Industry Information Bureau, Sanya currently collects more than 30 5G application projects, covering education, medical, cultural tourism, transportation, municipal management, parks and other fields, including smart highways, smart transportation, and Light poles and other items.

In addition, Yunnan, Jiangxi, Hunan, Henan, Heilongjiang, Fujian and other places have also been quickening the construction of smart light poles. Shantou has launched a number of road environmental improvement projects with a total investment of more than 1.7 billion RMB, including the implementation of multiple poles in one, and transformation of lighting facilities (including smart light poles). Foshan Nanhai District Sanlong Bay Avenue and connected road comprehensive upgrading project (smart project) has invested 120 million RMB in transformation, including smart transportation and smart lampposts. The construction of smart lamp poles in Shanwei, Nanchang, Fuzhou, Changsha and other cities is also attracting attention.

At present, the scale of investment in new infrastructure has exceeded one trillion RMB, and smart lampposts that can provide lighting, monitoring services, and carry 5G base stations are also ushering in a vast world. In the future, smart light poles will be closely integrated with smart cities. Through the collaboration between government and enterprises and through the business processes of departments, the hardware equipment on smart light poles will be combined with the actual needs of users to empower smart light poles. Break the situation and seek new ideas, persevere, follow the trend of the times, and push forward the development of smart lampposts.