Since the outbreak of the epidemic, not only medical electronics such as ventilators have shown explosive growth, but the demand for ultraviolet sterilization lamps has also soared. UV-C LED is gradually becoming mainstream as it is expected to completely change the effects of sterilization and disinfection, and may bring safer medical facilities. It has become the standard equipment for medical and household use. 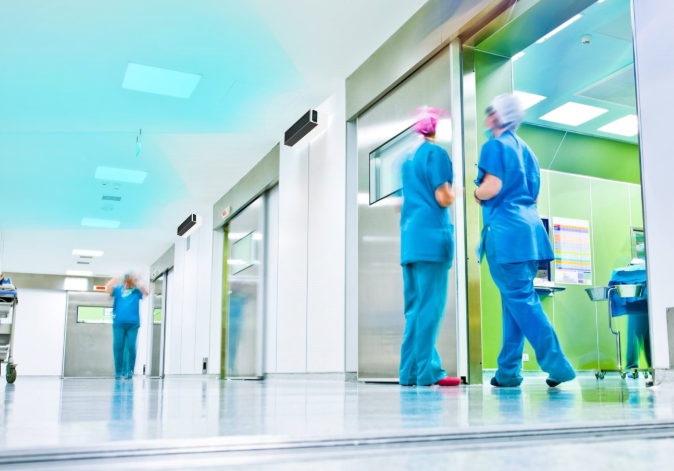 The LED industry has ushered in a new outbreak of demand.

Shell Wright, whose ultraviolet sterilization lamp is the center of business, resumed work in advance since the outbreak, and continued to expand production and sales. According to reports, the current orders for Shell Wright UV germicidal lamps continue to be sufficient. The revenue of UV germicidal lamps accounted for about 58% in the first quarter of this year. The gross profit margin is higher and the market demand is greater. It continues to expand production and sales efforts.

Since the epidemic, Sanan Optoelectronics has received a surge of demand for UVC LED products from many customers and the government, and the company's UVC chips have been fully produced. According to reports, the UVC LED deep ultraviolet germ elimination system that Sanan Optoelectronics is involved in is being sought after in the international market, and is favored by crowded places such as airports, ports, and stations in various countries. At present, Sanan Optoelectronics is also conducting joint tests with relevant domestic scientific research institutions to promote UVC LED epidemic prevention and elimination products to play a more active role in virus epidemic prevention.

At the end of April, Eric Rondolat, CEO of Xin Nuofei, said that the company is now vigorously advancing the development and production of ultraviolet sterilization lamps, which is one of many ways to maintain business development in the ongoing process of the outbreak. "We are exploring new opportunities arising from this, on the one hand, through the production of new business opportunities such as UV-C lamps," Eric Rondolat also said that Xin Nuofei intends to continue to produce special lamps as the main source of income after the crisis.

In early April, Mulinsen announced that he had reached a cooperative relationship with Zhishan Semiconductor, and planned to jointly produce and promote deep ultraviolet intelligent sterilization and disinfection products. Moreover, the company regards deep ultraviolet packaging as an important development direction in the future. At the end of April, in order to promote the implementation of DUV-related projects, Mulinsen invested 666 million RMB to set up a wholly-owned project company Mulinsen DUV, which further strengthened the market of DUV sterilization.

A few days ago, Erik Swenson, general manager of Nichia America, said: "RadTech has reason to focus on deep UV disinfection, especially considering the global epidemic. Similar to the rise of LED technology for general lighting, Nichia ’s innovative solutions The solution has led the market transformation, and the UV LED field is on a fast-growing track. "

In mid-April, the American Lighting Group announced that it is developing a new plug-and-play UV commercial LED bulb. It can replace traditional fluorescent lamps to help fight viral pathogens like COVID-19, using ultraviolet technology to disinfect the surface. Paul Spivak, CEO of the American Lighting Group, currently holds two patents issued by the US Patent and Trademark Office, namely the ultraviolet LED lamp projection method with the patent number 6828576 and the patent number 7229467 and the equipment using ultraviolet and LED lighting technology.