Hong Kong Disneyland took the opportunity to spread the green message to guests and entertainers. Hong Kong Disneyland is committed to promoting environmental protection. This year, it focuses on the following four projects, including setting up the largest solar power generation system in Hong Kong, promoting energy conservation in the resort, and improving the separation of green waste. 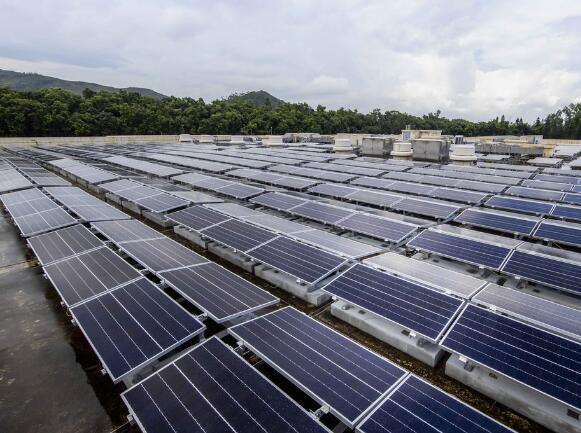 During the epidemic, many families need to stay home to fight the epidemic, work or study from home, and students have to take their summer vacation early. The Hong Kong Disneyland Resort Goodwill Ambassador and the Horticulture Department have launched the Hong Kong Disneyland Green "Knowledge" Gardening. The guided tour allows all Disney fans and citizens to sit at home, enjoy the beautiful garden landscape in the park, and immerse themselves in different Disney story worlds.

Hong Kong Disneyland started the installation of a large-scale solar power system in 2018, and completed the first three phases last year. It is now the largest solar power system in Hong Kong. The total power generation is expected to be as high as about 2.36 million kWh per year, which is equivalent to the total electricity consumption of 715 three-person households for one year.

After the completion of the first three phases, the park also plans to identify other suitable sites in the park, hoping to continue to develop the solar power generation system and increase the power generation capacity. The system has also been recognized by the government and the industry, and won the Model Award and Best Materials in the "2019 Model Solar Photovoltaic System Installation Election" organized by the Electrical and Mechanical Services Department. This award aims to encourage individuals to install solar photovoltaic systems and work together to develop renewable energy. The Electrical and Mechanical Services Department selects high-quality systems that have been installed for public reference.

At the same time, the resort also won the Outstanding Award in the "Renewable Energy Award" in the CLP "Innovative Energy Saving Enterprise Awards 2020", praising the resort for actively practicing energy conservation and environmental protection in its daily operations.