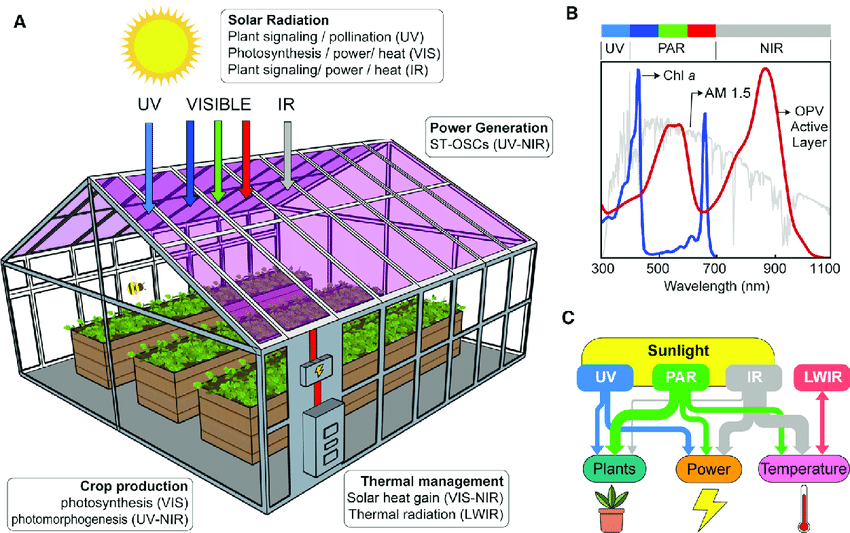 First, photosynthesis is the basis for the formation of plant biomass and yield, and 95% of the dry matter of plants comes from carbohydrates produced by photosynthesis. Plants have complex responses to light conditions, including light response, light inhibition, light adaptation, and shade avoidance responses. In the panchromatic spectrum of the sun, only some wavelengths of light are absorbed by plants to produce photosynthesis, and the leaf shape of plants and the physiological responses of plants will affect photosynthesis.

Second, photo morphogenesis refers to the process in which light acts on plants as an environmental signal to regulate plant growth, differentiation and development. Light-sensing receptors are found in very small amounts in plant cells, but are sensitive to changes in the external light environment. For example, the red light field of 600-700 nm promotes the germination of lettuce seeds, while the far-red light field of 720-740 nm inhibits the germination of lettuce seeds.

The selective absorption of light waves by different photosynthetic pigments in plants is the adaptation of plants to the ecological environment formed in the long-term evolution, which enables plants to utilize light of various wavelengths for photosynthesis.

Photosynthesis is also related to the photo synthetically active radiation irradiated on the leaf surface, which is visible light that is effective for plant photosynthesis. Usually 8-10 photons are needed to complete a photosynthesis, so the photon flux density PPFD (unit: denol/m2/s) is used to evaluate the effective radiant energy of photosynthesis to obtain an effect that is consistent with the actual photo biological effect, and is used by Industry wide introduction.

Different plants are suitable for different ratios of red and blue light, and the suitable light formula for different growth stages is also different. The spectrum of traditional light sources cannot be controlled, while LEDs can emit monochromatic light required for plant growth. The combination of monochromatic light can form the spectrum required for plant photosynthesis and morphogenesis. However, to realize the regulation of the light radiation environment, it is also necessary to accurately measure the optical parameters of the light environment to meet the growth needs of the corresponding plants.