How much could switching to LED bulbs save you?

Of the different types of lighting you can buy, buying LED lights is one of the best ways to reduce your energy bills throughout the year. While there are many other lighting options - including incandescent, halogen and compact fluorescent lamps (CFL) - none of them can match the savings one gets from LED bulbs in the long run. 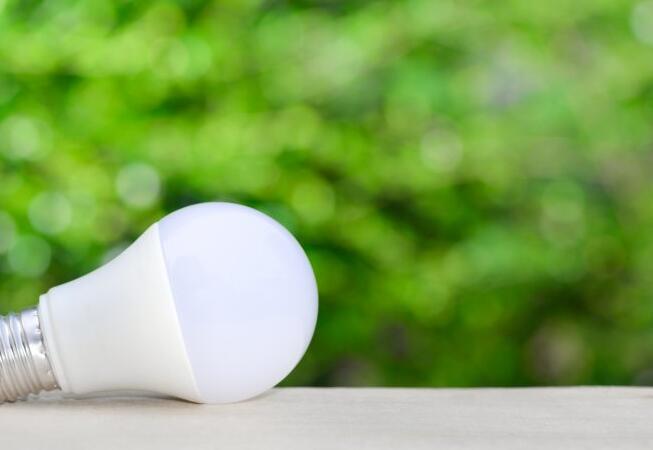 So, what makes these bulbs so popular? First, these LEDs are very efficient. A 16.5-watt LED light bulb can be used to replace a 75-watt incandescent or a 22-watt CFL, according to nonprofit Green America, which also notes that LEDs have a very long lifespan. Although the lifespan of these high-efficiency bulbs may be affected in part by the level of bulb manufacturing, they can be one to three times longer than fluorescent lamps and 24 times longer than incandescent lamps.

How much can I save by switching to LED bulbs?

The U.S. Department of Energy (DOE) estimates that 15 percent of the average household's electricity bill goes to lighting. For homeowners, switching to LED lights can lead to substantial savings. Best of all, you get the same level of lighting as a CFL or other bulb type, but with lower energy usage and less money. According to the DOE, by changing from other light fixtures to LED fixtures, people can save $225 per year in energy costs. It is understood that the cost savings will be most pronounced in homes that replace incandescent lamps. This may not seem like a lot, but it has increased over a period of time. In a survey published by the Consumer Federation of America (CFA), it was estimated that some consumers could see energy savings of about $1,000 over 10 years, assuming at least 20 lights in their homes were switched to LEDs.

While reducing energy is a bit of a cost saving, it can also save you money due to the long life of LED bulbs. While the upfront cost of these bulbs is usually higher, their longer lifespan means you don't have to buy replacements as often. For example, Philips claims its latest generation of Hue LED bulbs can last for 25,000 hours or 25 years. Compared to incandescent bulbs, which cost only a dollar, they have a much shorter lifespan, requiring replacement after an average of 1,000 hours of operation.