On February 22, Hyundai Mobis released an LED taillight system that can be bent like a film, and named it HLED, which has the characteristics of high performance, high definition and homogeneity. The product can control the light through electrical signals, so that a single LED can be used as a stop light and a tail light at the same time, and its surface thickness is only 5.5mm. 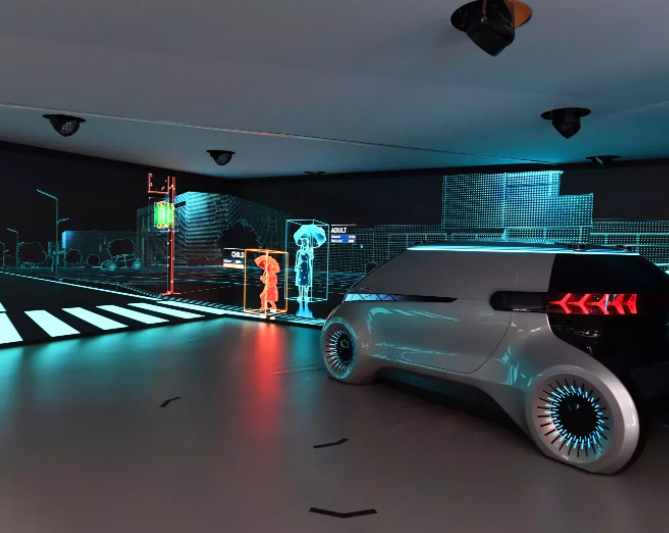 According to relevant safety regulations, most vehicles today are equipped with tail lights and stop lights. And according to legal requirements, the brake lights must be brighter than the tail lights. The product can emit light in five different directions at the same time. Even in a curved state, it can produce bright and uniform light, which greatly improves visibility. Therefore, it is easier for drivers behind and to the side to see the taillights. It also uses low-temperature and high-efficiency Micro-LED chips, reducing the size by nearly 40%.

The HLED has passed the reliability test of the ECE R regulations of the Economic Commission for Europe and the SAE standard of the United States, and has received orders from European automakers, and is currently undergoing mass production research and development. Oh Heung-sup, head of Hyundai Mobis's Automotive Lighting Division, said: "Mobis will speed up technological development and, in the future, will introduce customized automotive lighting technology under the trend of electrification and autonomous driving."

The automotive industry is gradually replacing incandescent bulbs with LED. LG Innotek has developed thin LED wire modules for various automotive exterior designs. In 2019, the company launched the flexible lighting system Nexlide HD by attaching multiple LED packages to a thin substrate. Nexlide HD is soft and bendable like rubber and can be used as an external light source. It also uses silicon material to increase its flexibility, which can be cut into thin slices and combined into various patterns like blocks.