LED lights have been around since the 1960s, but it was not until the invention of the blue LED in the 1990s that white LED bulbs were manufactured. Since then, it has become the dominant technology in many markets to compete with traditional light bulbs due to its steady price decline. 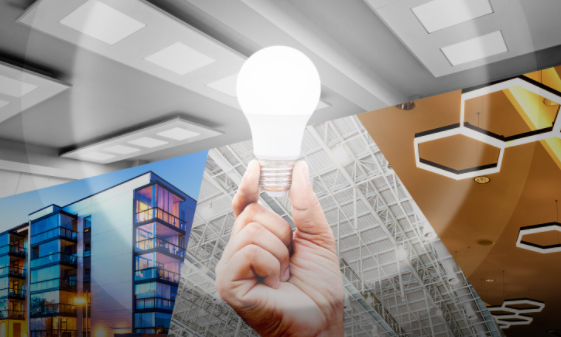 In global residential sales, LED has also surpassed fluorescent lamps in 2018, reaching a market share of 40%. Today, an LED bulb may retail for US$2~5 in many countries, and the price is even lower in some areas. For example, in India, the government successfully promoted the adoption of LED lighting by reducing taxes and tariffs on local manufacturers.

Compared with incandescent bulbs, LED have many advantages: they use much longer, generate less heat, consume less power, and thus reduce life-span costs, and their lower power consumption makes them more environmentally friendly. LED also use less power than most fluorescent lamps and have the advantage of reaching full brightness immediately when turned on.

Lighting accounts for a large part of global electricity consumption, which is estimated by the European Commission to be about 15%. In the United States, residential and industrial/commercial lighting uses 7% of the total energy (not just electricity).

With the advent of the climate crisis, we need to reduce the electricity consumption of lighting-and we need to cut it drastically so that the countries that signed the Paris Agreement can achieve their greenhouse gas reduction targets.

LED can help achieve this: residential LED lights usually provide lighting energy efficiency (lm/W) of more than 90lumens per watt they consume, and suppliers claim that some new models are 200 lm/W or more. In contrast, traditional light bulbs may reach 15 lm/W, halogen lamps 25 lm/W, and "energy-saving" fluorescent lamps are usually around 55-60 lm/W.

For enterprises, the light source of choice is usually fluorescent lamps, with a relative energy efficiency of about 100 lm/W. But the quality of the light it produces is dazzling, and the warmer light produced by LED is usually the first choice for most people-newer LED provide the same amount of light with half the electricity of fluorescent lamps, which is a win-win situation.

Lower power consumption also creates new opportunities to make possible electric lights that were not available before-especially solar-powered electric lights without a main grid. For example, between 2010 and 2017, 130 million solar lights were deployed, mainly in Africa and Asia. There is clean and safe lighting after sunset, which can greatly improve people's quality of life and children can study at home.

Government regulations have accelerated the switch to LED in certain areas. For example, in the European Union, there is a minimum energy efficiency standard for LED lamps, and other lamps with lower energy efficiency are no longer allowed to be sold.

For residential and commercial lighting, we need a high-voltage alternating current (AC) power source to power our LED. But LED requires lower voltage and direct current (DC). In order to convert AC power to DC power at the right voltage, we need appropriate drivers and other power management devices-these inevitably bring some inefficiencies, and we obviously want to minimize its impact on energy efficiency.

Depending on the current and color, the forward voltage of the LED may vary from less than 2 V to 4.5 V. Companies like ON Semiconductor have always been the drivers of LED adoption, using their expertise in power management to develop the required devices to drive LED reliably and efficiently.

"Smart" or "connected" lighting is another growth trend, not only because it provides an opportunity for LED lighting suppliers to differentiate their products and increase profit margins. More importantly, it can further save power through automation and user control rather than just using LED, for example, automatically adjusting lighting conditions at specific times of the day, such as turning off office lights on weekends.

The lamps can be controlled by power line networking, such as the industry standard KNX? network, or wireless technology, such as Zigbee? technology and Bluetooth? technology. With the decline in the price of LED themselves, the cost of these networked products has dropped sharply in recent years, so smart LED bulbs have become increasingly affordable for residential use.