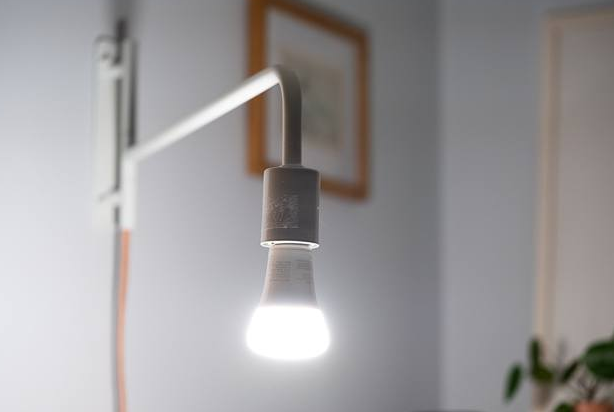 This bulb has a brightness of 250 lumens and is a retro-style bulb with a filament-like design, tinted transparent glass and warm colors. Like other models in the Truffy series, they can be dimmed through the IKEA Smart App or IKEA wireless dimmer / remote control (sold separately).

IKEA launched the Tradfri smart lighting series in March 2017. The package with two bulbs and controls was priced at $ 80. At that time, a single bulb was priced at $ 12 to $ 18. In addition to the App and voice control, the light bulb can also be controlled by the IKEA wireless dimmer with motion sensing. Philips (now Xinfeifei) has been selling smart lights since 2012, 5 years earlier than IKEA's Tradfri series.

IKEA's lineup of smart home products includes bulbs, light panels, cabinet lights and accessories such as remote controls, motion sensors and router gateways. It now has more than 10 different smart bulbs of different shapes and sizes, with prices ranging from $ 8.99 to $ 19.99. High-end models allow people to switch between 9 different colors, and IKEA also sells a variety of bundled bulbs through gateways, dimmer switches, motion sensors and remote controls. The Tradfri remote can control up to 10 LED bulbs.

In September this year, IKEA announced that in the fiscal year, customers purchased 5 million smart light bulbs and accessories, with record sales.