LED lighting technology embedded in the tunnel under the lake

According to the person in charge of the project, they put forward the setting technology of fatigue-awakening landscape section of extra-long tunnel through the integration of research on traffic psychology, driver ergonomics, road safety engineering, etc. Special fatigue arousal zones are designed at the endpoints of each segment. Taking the tunnel speed limit of 80 km/h as an example, the effective wake-up time is 6 to 7 seconds, and 150 meters is the best fatigue wake-up distance. Within this space-time range, three colors of blue, yellow and blue are selected as the wake-up segment. The main color, combined with the warm color light source, forms a star-studded and varied scene mode, giving the driver a certain visual stimulation to relieve the fatigue of long-distance driving. 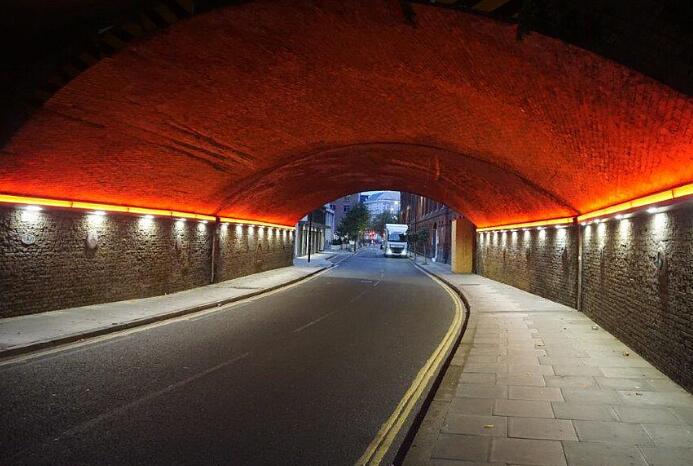 Let's talk about the intelligent lighting system of the tunnel. After research, demonstration and experimentation, the width of the lamps and lanterns at the entrance and exit of the tunnel is set to 11 meters, and the lights are staggered; the width of the lamps in the middle section is set to 14.3 meters, and modular splicing is adopted. In order to achieve a better display effect, the lighting lamps are spliced ??by LED dot matrix modules. Through the intelligent control system, the LED display pattern can be freely switched under various lighting scenes such as "blue sky and white clouds", "night starry sky" and "five-star red flag".

Taihu Tunnel also has functions such as real-time monitoring of faults, intelligent early warning, and reporting of the specific location of the fault and related information, which is convenient for administrators to maintain accurately. It is worth mentioning that the electrical equipment in the tunnel has 3 power supply lines. In addition to the normal power supply lines, there are emergency lines and reserve power lines. Even if there is a large-scale power outage in the area, the emergency line and the reserve power line can be activated to meet the normal power supply for one month.