With the development of LED technology, the application range of LED lighting market has gradually expanded. Different from the development of LED lighting in the past, it always focuses on the improvement of efficiency. At this stage, it tends to increase the added value, that is, from the "development of lighting technology". To "systematic integration and wisdom." Take the office as an example, the focus is on making lighting comfortable and power-saving, while ensuring the efficiency and health of workers, combining the advantages of both LED and ICT to get rid of the price of the Red Sea. 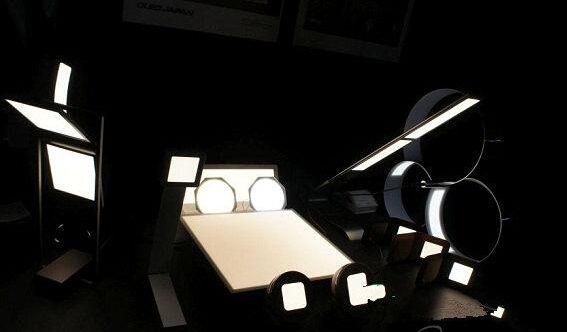 According to the MIT research team, short-wavelength light such as cell phones and computer back lights can suppress melatonin secretion, making people feel awkward. The long-wavelength light that is dim is to maintain the secretion of melatonin, which is naturally drowsy. . Through the "circadian rhythm table lamp" developed by ITRI, the LED can be used to adjust the characteristics of the spectrum, and under the same visual experience, it can provide freely adjustable physiological stimulation value (CAF). For example, the CAF value of the light can be lowered at night. Prepare for sleep, raise CAF during the day, keep people awake, add value to traditional LED lighting, and benefit more people with sleep disorders.

LED can not only communicate but also communicate. The general GPS positioning system loses its function once it enters the room. It has always been criticized. Now, just a light can solve this problem. The "VLC optical communication technology" that can transmit digital signals by LED is developed by the Institute of Industrial Engineering, so that the lights can not only illuminate, but also transmit signals at a transmission speed of up to 100 Mbps. If a laser source is used, the transmission speed can reach 1 Gbs. Compared with the traditional GPS positioning system, VLC optical communication has no indoor signal shielding problem. Compared with the WiFi technology, the RF electromagnetic radiation is also quite low. In addition, the object can be positioned within 1 meter, and the accuracy is over 95%, which is very suitable for application. Environments with low electromagnetic radiation requirements, such as hospitals, can use this light technology to grasp the location of each bed and care car and improve the efficiency of medical care.

LED are not only illuminating, UVC UV sterilizable characteristics, UVC LED dies, and the structure-optimized "Portable UVC LED Flow Water Module" can be installed on various water outlets to UVC LED. The light reaches the function of sterilizing the flowing water. When the water flow rate per minute reaches 2 liters or more, 99.9% of E. coli can be removed to achieve the best bactericidal effect, and the volume of this device is two-thirds smaller than similar products sterilized by mercury lamps on the market.

OLED lighting is thin and flexible

According to research by the agency, OLED lighting is compared to LED.

Standard, and with the progress of OLED materials and processes, OLED technology

The cost of surgery is reduced, and the application is expected to be widely used in beauty makeup.

High-priced market such as capacity, situation lighting, and automotive lighting.

The application of OLED lighting in the field of vehicle lights has attracted more and more attention. In the past, only the top models of imported car dealers will adopt OLED taillights. With the increasing penetration of LED in the lighting market, the leading lamp industry leader It also stepped out of the pace of innovation and cooperated with ITRI to apply red OLED to the taillights. The two parties have cooperated for 2 years and have verified the optical performance and vehicle regulations according to the regulations of the Economic Commission for Europe. Due to the use of OLED lamps, the space of the light guide can be saved, which is lighter, thinner and shorter, and also increases the space of the rear compartment. As a design direction, the sports car concept, in line with the refit requirements of various types of vehicles, stands firm in the niche market and has attracted the attention of international manufacturers.

LED technology is mature and popular in the market. LED lighting has entered intelligent lighting, human-induced lighting, or development in applications with high added value; OLED is improving in flexibility and thinness, which is expected to drive more designers to Invested and adopted, further promoting market business opportunities for fermentation.