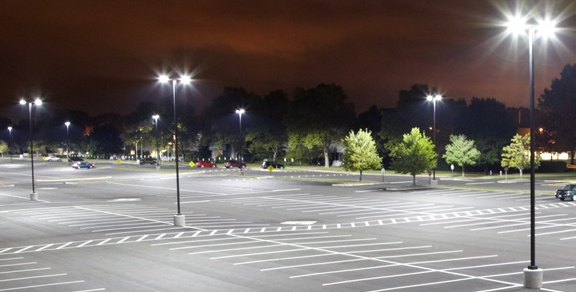 AMA warns that high-intensity LED lighting is not good for driving at night because the blue part of the white light spectrum of LED is too strong. It can cause glare and affect driving. In addition, AMA claims that these frequencies of light can suppress melatonin in the body, causing problems such as insomnia, reduced daytime productivity, and even obesity.

AMA recommends minimizing the output of the blue part of the spectrum and increasing glare shielding. The quality factor of the color appearance of a light source is the correlated color temperature (CCT), which is expressed in degrees Kelvin (K). Most installed LED street lights have a rated CCT between 3,000K and 4,000K. Due to the influence of blue light, AMA recommends that the lamps installed on the road should not be higher than 3,000K.

The Municipal Street Light Solid State Lighting Alliance (MSSLC) within the United States Department of Energy (DOE) has been an important source of responses to questions raised by AMA. MSSLC believes that CCT is not the only consideration when measuring the melatonin output of LED lighting.

When discussing LED street lights, we often see the new word melatonin. Melanin is a photopigment in the retina, which is directly related to circadian rhythm. Melatonin describes how certain types of light affect the human sleep cycle by activating melanin. LED street lighting is exactly the same.

SSLMSSLC said that to evaluate the melatonin output of LED street lights, many factors other than CCT should be considered, including lighting output, lamp type / distribution, and lighting design. Lighting engineers can balance these factors and design LED with higher CCT levels, but have to reduce the melatonin output to the range recommended by the AMA.

Portland, Oregon, U.S., started replacing sodium street lights before the AMA issued a warning and continues to do so. There are about 45,000 street lights in the city, and now almost all are LED lights, most of which are 4,000K lights. Decorative lights (such as those in city parks) are all 3,000K. On the Portland Municipal Web site, the Portland Transportation Authority (PBOT) discusses AMA warnings in detail about new lighting FAQs, including links to a wealth of additional information. Many Portlanders tend to be absolute about health warnings.

Other cities that have replaced most sodium lamps with LED include Boston, Los Angeles and Seattle. However, in other U.S. cities, the vast majority of street lights are still high-pressure sodium lamps (HPS). Sodium lamps can be identified by their unique orange-yellow light. This lamp is popular in street lighting because it is more efficient than incandescent and fluorescent lamps.

The disadvantage is that the city of Portland found that HSP street lights will have too much light concentrated in the bottom area of the poles, not enough to illuminate the space between the poles. Sodium lamps are also monochromatic, and color distortion is said to make it difficult for some people to cope. In addition, sodium lamps are more difficult to handle due to their mercury content.

The price of LED lights has been steadily declining, and it is expected to decrease further. PBOT stated that the cost of the specific brand and model of LED lamps (Leotek ECobra) they installed was $ 500 in 2000, but has dropped to $ 124 by 2018.

HPS lights are still cheaper, $ 110 each, so if a city wants to replace 50,000 street lights with LED, it will cost $ 700,000 more. As a result, municipalities have been scrambling for funding, even for a large city, which is not a small amount.

Even if the cost of purchasing HPS is lower, in the long run, LED have a longer life and will be much more economical. Before the cities adopting LED street lights must replace one round of street lights, the cities using HPS will spend two extra rounds of replacement costs. In addition, as reported by the PBOT, "Given that LED have a longer life and are easier to repair, the city expects to reduce maintenance costs by 75% during the life of the LED."

The new street light consumes 29W per lamp, while the sodium lamp being replaced is 118W. Proponents of LED also assert that LED street lights reflect less light than sodium lamps and can reduce light pollution.

Assuming that the engineering claims about LED are correct, even if the initial cost is slightly higher, LED has become a better economic choice for municipal road lighting. Even if AMA's biggest concerns about LED street lighting have been confirmed, the economics of LED street lights are also very attractive, and they outweigh people's concerns about health issues. It seems inevitable that the yellow-orange light that accompanies urban life will eventually become a memory.

SSL For municipal engineers who want more information, MSSLC is a major source, including engineering data for many types of lighting. The US Department of Energy established the MSSLC in 2014 to help cities consider using LED street lights. MSSLC operates within the U.S. Department of Energy's Office of Energy Efficiency and Renewable Energy, and "represents coordination among interested cities, power suppliers, government agencies, and other organizations to minimize duplication of effort and minimize associated risks Expand to multiple places. " It is essentially a user organization supported by US Department of Energy resources.

These "resources" mainly refer to the knowledge base. By federal standards, the alliance's budget is only a few million dollars. That said, providing information about available technologies and occasionally modest subsidies is enough to get some cities up and running. Cities that want to consider installing LED lighting don't have to start from scratch and can benefit from the experience of other cities that have already adopted the technology.