After years of research, we have developed a special spectral band LED color-changing lamp that can effectively promote the bright red of strawberry fruits. The experiment with the Hsinchu Kansai Organic Strawberry Farm has been carried out. Under the illumination of special lamps, the overall color conversion rate of perfume strawberries has increased by 30%, successfully helped the northern strawberry farmers to solve the problem of lack of light in winter, which caused the fruit to be unred, and also saved the fate of the strawberry that is not red in appearance. 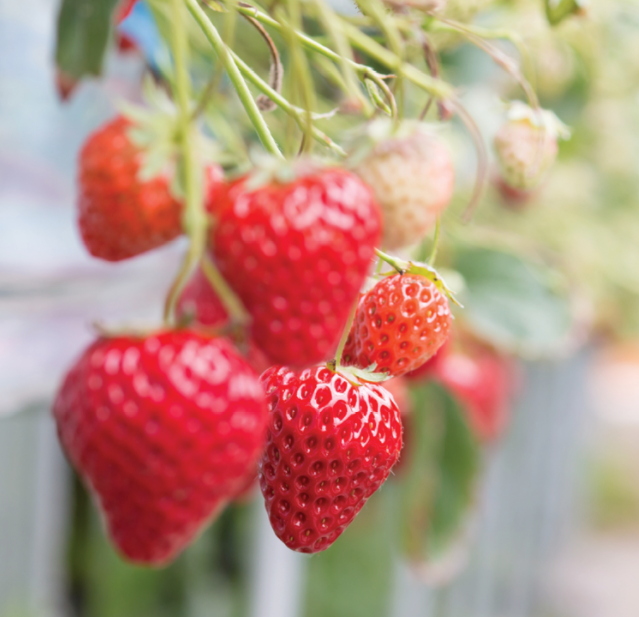 Everlight pointed out that strawberries have high economic value and are very popular fruits in winter. The main production period is from December to April of the following year. The production areas are distributed in Miaoli, Hsinchu, Neihu and other places. However, the area north of Hsinchu often lacks sunlight in winter, causing some varieties of strawberries to turn poorly, and the fruit is not red, which affects the value of the commodity. Strawberries with a non-red appearance can only be made into processed products such as jam, and even face the fate of being scrapped.

Taiwan’s top 100 young farmer Xie Jinyuan said that consumers often think that fruits that are not red are not tasty. However, Hsinchu has many cloudy days in winter and insufficient light often causes poor color change in perfumed strawberries. Strawberries that are not up to the standard color can’t be helped.

Everlight Electronics cooperated with Xie Jinyuan’s Zhuqingting Farm to set up a special turning light for strawberries developed by Everlight in the greenhouse to fill up the light on cloudy days. The ratio of perfume strawberry color to red can be increased by 30% and the flowers in the fruit can be increased. The concentration of penicillin is 90%, which promotes bright red fruits and reduces the number of poorly colored fruits by more than half.

Everlight also stated that the LED light source provided can supplement light for the special spectral bands required for the color conversion period of strawberries, providing farmers with a more efficient and intelligent planting method. In the future, it can also provide special bands for crops through LED technology for various agricultural, fishery, animal husbandry and other high economic value crops, overcome the dilemma of traditional agriculture, and create a win-win situation for the LED industry and agriculture.