Xu Zijia, a member of the secretary office of the West District Office of Taichung City, sought a subsidy from the Energy Bureau of the Ministry of Economic Affairs to replace office lamps with LED lamps, saving nearly 70% of electricity consumption. He was elected as a model of cleanliness in Taichung this year. West District Mayor Wang Ruijia on the 7th Public praise at the district meeting. Xu Zijia said modestly, just doing what he should do, hoping to make the people feel the quality service of the district office. 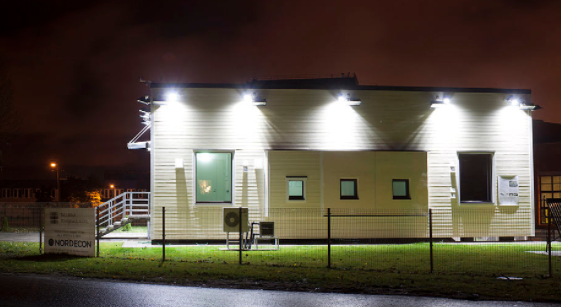 Taichung City West District Office recommended 5 outstanding civil servants this year to compete for the annual Integrity Model of Taichung City Government, and Xu Zijia, a secretary in the secretary room, was elected. Xu Zijia is a master of National Chiao Tung University. She was transferred to the district office in 2014. She felt that the environment was warming and the electricity consumption was increasing, and she actively sought subsidies from the Energy Bureau of the Ministry of Economic Affairs.

District Mayor Wang Ruijia said that Xu Zijia used the limited time to actively collect materials and prepare documents, and replaced the office lamps with LED lamps, which effectively saved nearly 70% of the lamp’s electricity consumption and demonstrated the team’s integrity and self-sustainability to demonstrate high-quality services and encouragement colleagues have the courage to do things.

Xu Zijia humbly said that she is just doing what she should do. She hopes to be professional in the future and work hard with her colleagues to implement "sunshine politics and efficient government" so that the public can experience the high-quality services of the district office.