After obtaining the first phase of energy-saving street lamp replacement and maintenance PFI case (private financing proposal) for 13 administrative districts in the North District of New Taipei City in 2014, this year the second phase of the ten-year project in the same district was awarded again, and it was continued in October this year. A total of more than 110,000 street lights in the area will be replaced. It is expected that New Taipei City will be able to save about NT$150 million in electricity consumption during the ten-year period. Among them, 8,500 street lights will be upgraded with network functions, and advanced multiple application wisdom. The pole design can prepare for future expansion and establish a complete infrastructure for the development of smart cities. 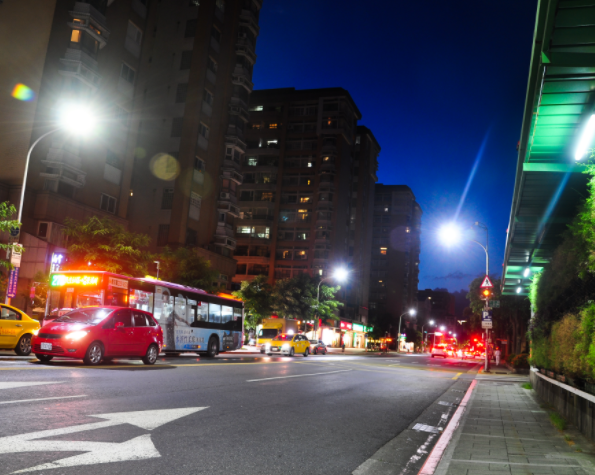 Delta will replace approximately 110,000 old lamps in batches. It is expected to save New Taipei City about NT$150 million in electricity consumption in the next ten years. Among them, 8,500 street lamps are located on the road where it is difficult to report the failure of lamps. It will be upgraded to smart street lights that can be connected to the Internet, linking with the municipal government’s real-time management system, and improving the maintenance efficiency of street lights. In addition, several vehicle underpasses that are often flooded due to heavy rainfall will be equipped with water condition detection systems to report roads in real time. The current situation helps the dispatch of smart traffic. At the same time, designated road sections have also reserved a smart common pole design with expandable IoT devices to accelerate the development of future smart city extension applications.

In addition to New Taipei, Taipei, Taoyuan, Taichung, Tainan, Kaohsiung and other cities, Delta also provides LED energy-saving street lighting solutions in Australia, the United Kingdom, the Netherlands, Thailand, Vietnam, Indonesia and other places, and has installed more than 800,000 LEDs worldwide. In addition to high-energy-saving and high-quality LED lamps, it has also accumulated experience in implementing many index projects over the years, and has become a reliable partner for smart city infrastructure.

Luo Yongjian, general manager of Delta's building automation business group, said: "I am very pleased that after completing the first six years of service, Delta has been affirmed for its product quality and project management capabilities, and will provide New Taipei City with services for the next ten years. Street lights can provide many innovative value-added services besides road lighting, such as monitors, electric vehicle charging piles, miniature weather stations, signs, interactive touch screens, etc., after combining IoT devices and information and communication technologies, making street lights smart. As an important information node in the city, I believe that Delta’s LED smart street light solutions can lay a good foundation for smart cities."