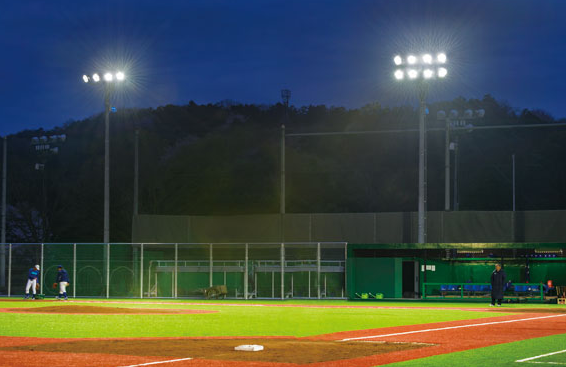 “There are more street lights, but fewer electricity bills. This is due to the city’s continuous promotion of LED transformation, the simultaneous implementation of the construction and application of smart lighting systems, and the improvement of energy consumption management through scientific design, reasonable regulation and other management methods.” Municipal Urban Lighting Management in charge said.

Since 2017, our city has comprehensively promoted the LED transformation of urban road street lights. Up to now, nearly 28,700 street lights on 244 roads in Zhonglou District and Tianning District of our city have basically achieved full LED coverage, saving nearly 8 million RMB in electricity bills each year, which reduce carbon emissions by 12,000 tons.

Chen Yang introduced that by independently developing the lighting system and formulating “data standards” and “communication protocols”, the Municipal Urban Lighting Management Office can realize the access of any brand of lamps and single lamp control equipment, for the subsequent operation and maintenance and long-term management of lamps laid a solid foundation. Using the “Internet +” means, the operation and maintenance of urban lighting facilities has been transformed from “car patrolling and running” to “big data running”, and the number of lamps maintained per capita increased from 7,500 to 12,000, an increase of 60% Under the circumstance, the lighting rate is 99.4%, which is always far higher than the national standard of 98%, and it also exceeds the national civilized city assessment standard of 99%.

On the basis of the single-lamp control system, the Municipal Urban Lighting Management Office further combined GIS, three remotes, mobile inspection, intelligent warehousing and other information systems to integrate and develop the “Changzhou City Urban Lighting Integrated Management Platform” which was officially launched in June 2019. The commissioning has further improved the urban lighting operation and maintenance and public service capabilities. In the “Provincial Urban Green Lighting Evaluation” work, the system was highly evaluated by the Provincial Housing and Urban-rural Development Department and its counterparts across the province. It is considered that its advanced technology concept, innovative construction mode, and overall system practicability have reached the industry leading level.