The human eye can detect a wavelength of 390 nm-700 nm light. The initial LED lamps use only red (about 630 nm), green (about 540 nm) and blue (about 470 nm) LED. These three kinds of color can not be combined into colors that the human eye can see. Figure l is assumed that the entire region of the visible spectrum based on the RGB model is proposed. 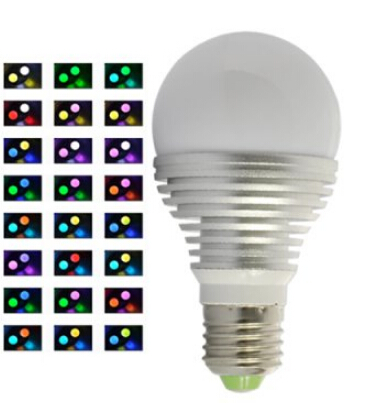 Three vertices of the triangle fall within the high saturation of red, green, and blue areas. By changing the power LED chips each issue, you can get any color gamut, but this is only theory, in fact, mixing effect is influenced by many factors. For example, red, green and blue lights because the exact wavelength varies, large differences may exist between them.

With LED technology innovation, lower prices and other changes, more and more manufacturers entered the market. Lighting designer looks for new sources of growing, thus controlling the brightness and color consistency lighting requirements increases. New LED colors such as white, amber, blue and violet are available. Initially, the most popular combinations are RGBA, amber chip is added. It is more like the shape of the color gamut rectangle, not triangular.

Another variant is RGBW. It comes with a wide spectrum of the white LED. There are more new lamps on the basis of added RGB white and amber (RGBAW).

With the continuous advances in LED technology, the chip manufacturer has successfully produced a deep red, blue and royal blue LED. These colors have been applied to seven-color system (dark red, red, amber, green, cyan, blue and royal blue), thereby expanding the color gamut, can provide more colors for designers.