You are now at：LED Lighting Blog » How to reduce light pollution caused by outdoor LED lighting?

During the New Year holidays, houses and businesses are decorated with holiday lights, many of which are equipped with LEDs. These decorations are usually only lit for a period of time on holiday nights, but those permanent lighting fixtures that are always on throughout the year are different. 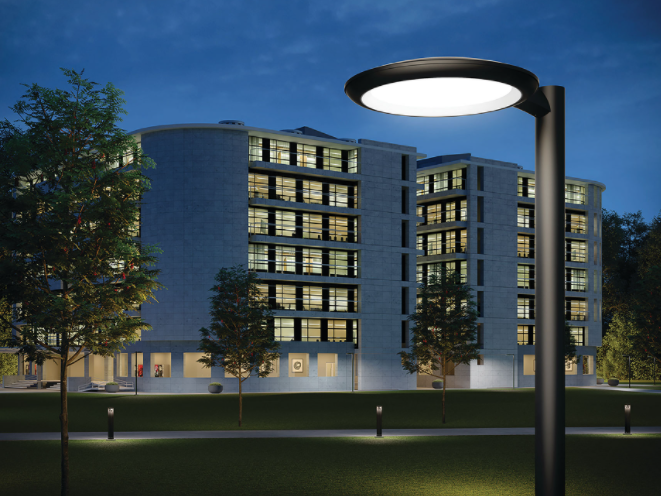 Anyone who has flown over cities at night knows that all these lights are fascinating, but unfortunately, they make the sky glow and can have serious adverse effects, especially on wildlife and vegetation.

As the lighting industry gradually reduces the use of traditional light sources (such as high-pressure sodium or metal halides for outdoor lighting), people are paying more and more attention to how to minimize the light pollution caused by outdoor LED devices.

GFZ German Earth Science Research Center recently released the results of a study on urban street lighting in Tucson, Arizona, in-depth analysis of how well-designed LED lamps can minimize light pollution. Tucson is the city that uses LED lighting the most. Almost all street lights have been upgraded and have wireless communication and dimming functions. The study was conducted for 10 days in March and April 2019, and images of the Tucson area were acquired at night through the Suomi National Polar Orbiting Partnership (NPP) satellite of the United States. At some nights, about 14,000 of the total 19,500 street lights are set to full brightness, other times they are set to 30% bright.

The research team concluded that about 20% of the nighttime light in Tucson is from street lights, and the rest is generated by architectural signs and curtain walls, shop windows, sports fields, etc. If these conclusions apply to other cities, it indicates that LED lighting design may be able to solve the problem of light pollution.

In order to minimize light pollution or stray light, the most important tool used by luminaire designers is the “BUG” rating system. “BUG” stands for backlight, upward light and glare. The BUG rating system is jointly developed by the Lighting Engineering Association (IES) and the International Dark Sky Association (IDA), which can provide a unified method to evaluate the amount of stray light generated by outdoor lighting.

Stray light in the outdoor environment is harmful and unhelpful. It not only causes the sky to glow, but also causes unnecessary energy consumption. Examples of stray light are intrusive light (that is, light that enters from an undesired position, such as light from a street lamp into a nearby window), upward light that helps the sky glow, and glare (light that is flush with the line of sight). Too much light can cause discomfort or visual impairment).

According to the lumen output measured in each of the three areas shown in Figure 2, the BUG rating can be obtained.

As the name suggests, backlight refers to the light emitted behind the lighting equipment. The backlight area can be further divided into four sub-areas, and the corresponding emission angles range from 0 degrees (that is, the light points downward to the ground) to 90 degrees (most of the light is parallel to the ground and points to the outside). Similarly, the glare area is also divided into four sub-areas, and the emission angle increases from low glare to high glare. The upward illumination area includes only two sub-areas, one area contains light mainly directed upwards, and the other area contains light mainly directed outside.