After the country made the major strategic decision of “carbon peak by 2030 and carbon neutral by 2060”, relevant departments have successively issued guidelines on accelerating the development of new energy storage, and a series of notices on further improving the time-of-use electricity price mechanism. The policy document promotes the implementation of the “dual carbon” goal in the power sector, and the transportation sector requires “accelerating the promotion of green and low-carbon development, and the carbon dioxide emissions in the transportation sector reach the peak as soon as possible.” For many years, Qingdao Metro has been committed to exploring how to better fulfill its social responsibility for green development, and play an exemplary and leading role in green and low-carbon development. 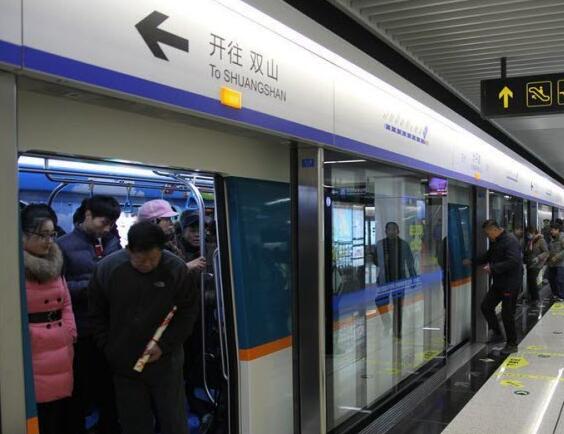 Taking the development history of lighting lamps as an example, from high-energy-consuming incandescent lamps to low-power LED lamps, behind the realization of energy saving is strong support for technological innovation. Qingdao Metro has always placed technological innovation in a prominent position, actively carried out energy-saving “four new” technology application research in the whole process of design, construction, and operation, and continuously promoted equipment energy-saving upgrades, and strived to reduce operating energy consumption from the source. Through technological innovation, Qingdao Metro has saved more than 10 million kilowatt-hours of electricity per year and reduced carbon dioxide emissions by 10,000 tons.

Develop clean energy and obtain clean energy from nature. Qingdao Metro has vacant roofs and elevated station roofs in some sections of the site, and installed photovoltaic power generation with an installed capacity of 3MWp and an annual power generation of 3 million kWh; photovoltaic street lights are used in the Anshun depot to achieve “zero” power consumption for road lighting; parking in Lingshanwei uses air-source heat pumps to absorb heat in the air to provide heat for the office area. In addition, Qingdao Metro has completed the photovoltaic design of the idle roofs of 4 depots, with a construction area of 181,000 square meters and a total installed capacity of 16MWp. It is expected to generate 18 million kWh of electricity annually. The development of clean energy is an effective way to achieve sustainable development. In the future, Qingdao Metro will continue to cultivate in the field of clean energy represented by solar energy, wind energy, and hydrogen energy, paving the way for the application of clean energy in the rail transit industry.

Pay attention to the utilization of waste energy and turn waste electricity, waste heat, and wastewater into treasure. Metro trains generate electricity when braking, but the generated electricity is too much to be fully utilized, and a large part of it will be wasted in the form of heat energy. Qingdao Metro has installed nearly 40 regenerative braking energy absorption devices to collect the wasted electricity for supply. Vehicles and station equipment are reused, saving more than 9 million kilowatt-hours of electricity annually. The operation of subway equipment will generate a lot of heat, which requires ventilation and air-conditioning for cooling. Qingdao Metro adopts heat pump heat recovery technology on Line 13 to collect waste heat and provide heat for the public areas of the station and office buildings, which not only saves cooling energy consumption but also reduces heating energy consumption. A sewage treatment system is set up at the site to treat production and domestic wastewater to form reclaimed water for sanitary cleaning and green irrigation, so as to realize the recycling of water resources. Waste energy utilization is an effective means to reduce energy waste. In the future, Qingdao Metro will conduct applied research in the field of composite energy storage represented by flywheel energy storage to promote the rapid iterative upgrade of energy storage equipment in the rail transit industry.

Improve the energy efficiency level to make the equipment more efficient and lower energy consumption. The 112 stations on the Qingdao Metro line network basically achieve full coverage of LED lighting. The early stage of the site has also completed the energy-saving transformation of 4450 metal halide lamps. Only the lighting of the site section is retrofitted, which can save up to 1.1 million kilowatt-hours of electricity; the line network use frequency conversion escalators and no one automatically turns to idle speed operation, reducing no-load energy consumption; 36 sets of integral, direct expansion evaporative and condensing cold water systems are used for lines 1, 2, and 13, and some of them use magnetic levitation coolers to replace the traditional screw chiller not only improves the heat exchange efficiency and saves operating energy consumption, but also saves the area of the cooling tower and avoids the problem of noise disturbance. The use of high-energy-efficiency equipment can significantly improve energy efficiency. In the future, Qingdao Metro will conduct technical research in the field of traction energy-saving represented by permanent magnet technology to help train energy efficiency in the rail transit industry.