Taught at medical neurology department, but also who is Werther ? Travers Brain Repair Centre Director (Victor Rafuse) joint research professor and his partner, an assistant professor with the department of Zhang Ying (phonetic Ying Zhang) said they successfully with LED lighting stimulate the muscles, enabling nerve injury and neurodegenerative diseases caused by atrophy and paralysis of the muscles react. 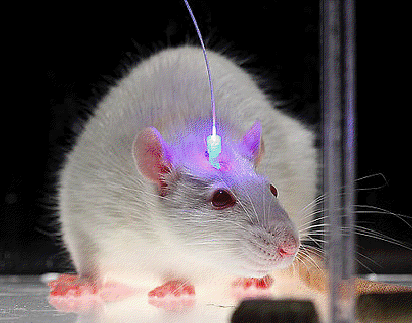 “We found through the skin as long as a day with the LED light irradiation one hour and there is no link nerve muscle, can prevent them from shrinking. Other studies successfully make the case of light to stimulate nerves, but we are able to skip the first case of nerves and direct action research on muscle. This study brings significant progress, because of the complete failure of neural tissue injury or as amyotrophic lateral sclerosis (ALS, commonly known as getting cold) and other diseases, can not let the muscles by stimulating nerve functioning . ”

To verify the light to directly stimulate muscle activity theory, the researchers implanted mice genes will react to light ion channels (ion channel), this ion channel was first discovered in the unicellular green algae. This is the ion channels allow the muscles when subjected to blue LED can stimulate contractions.

“Our next step is to develop a light reaction able to ion channels directly to the muscles, without modifying the method of genetic composition so that we may have a way to find a viable therapy for humans.”

For example, Travers recommends that such an ion channel transfer on patients hand muscle hand muscle nerve injury failure. “We are seeing developed an ‘LED light gloves’ possibilities can be used to prevent the wearer muscle atrophy, and when patients want to get something that can stimulate muscle contraction.”

This new technology is still in the stage of research has many potential applications, including use in stimulating the patient’s diaphragm disease Amyotrophic help because of neurons and synapses link failure mechanisms been suffering breathing problems in patients to stimulate their respiratory muscles, so the muscles to maintain the operation.