Pakistan’s largest textile exporter reported that after the EU and the United States lifted the blockade, the country resumed and received new orders, mainly for socks and other products, but its denim part has not yet shaken off the pressure brought by the new crown pneumonia. 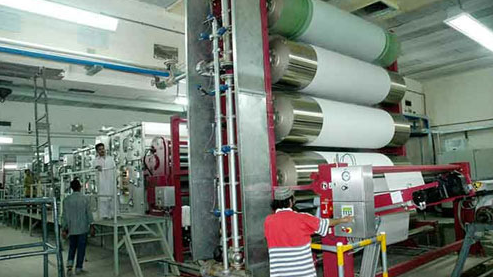 Interloop is a listed company on the Pakistan Stock Exchange, producing products for well-known brands such as Adidas and Nike. The company’s denim department was severely affected by the new crown pneumonia epidemic and lost more than half of its orders. On the other hand, according to the brokerage company, the socks department lost 15% of its orders, so the impact was minimal.

The main export income of Interloop comes from the European Union (60%), and the rest mainly comes from the United States. The textile sector is Pakistan’s largest export earner. According to statistics from the Pakistan Bureau of Statistics, in the 2019-20 fiscal year, the country’s share of total exports (US$21.39 billion) was approximately 60% (US$12.53 billion).

Due to the decline in international demand due to the new crown pneumonia, Pakistan’s exports are facing contraction. However, after the gradual recovery of the EU and US economies, exports began to rebound. Pakistan’s textile exports have fallen by 6% this year. The previous year (Fiscal Year 19) was 13.33 billion U.S. dollars. This year, almost all textile sectors reported a decline in exports. According to statistics from the Pakistani Bureau of Statistics, there was a glimmer of hope in June that textile exports in the past June have rebounded from the same period last year.

An export group said that importers are transferring their textile orders from China to the South Asian market, which provides a good opportunity for Chinese exporters. At present, the price of the group’s export products has not been affected, and so far the benefits of the depreciation of the rupee have not been passed on to importers. However, buyers are asking for the same. In addition to the depreciation of the rupee, the increase in sales, and the decrease in yarn prices are also likely to keep profits rising.

The report quoted the company’s chief financial officer as saying that the company has received orders from three new customers for the socks department and is also working hard to attract new customers to its denim market. One of the good brands is very attractive. Price orders. It is said that ILP’s denim business is currently at a loss, but profits are expected to turn from negative to positive from next year.

Interloop is one of the largest knitwear manufacturers in the world and the sixth-largest export company in Pakistan. The company has two manufacturing units in Pakistan and Bangladesh, a subsidiary in Sri Lanka, and services in the United States, the Netherlands, China, and Japan. 700 million pairs of socks are produced annually, accounting for more than 90% of the total revenue.