On December 14th, World Energy Conservation Day, ENELTEC used examples to combine 2050 net-zero carbon emissions current events to root the concept of energy-saving and carbon reduction in children in rural areas and let the protection of the earth start from an early age. 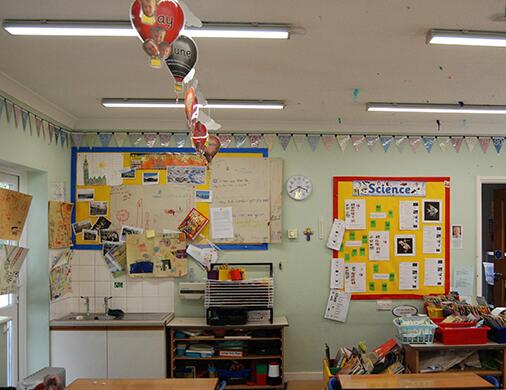 In response to the threat of extreme climates to mankind, 128 countries around the world have announced that they will achieve net-zero carbon emissions by 2050 to slow climate changes. Energy-saving and carbon reduction have been the primary issue for the semiconductor industry to promote environmental sustainability in recent years. ENELTEC Precision has initiated power-saving measures as early as 2007 and introduced the ISO 50001 energy management system in 2013 to continue to improve energy efficiency in production and plant equipment.

According to ENELTEC’s statistics, in 2020, the total electricity saved is 28,179 thousand kilowatt-hours, which is equivalent to 14343 metric tons of carbon emissions, which is about the carbon absorption of 37 Daan Forest Parks. At the moment when it is urgent to save the planet, move towards net zero and start from low carbon to zero carbon.

ENELTEC Precision adheres to the sustainable spirit of social mutual benefit and has been paying attention to rural schools for 14 consecutive years. During the epidemic in June of this year, half of the children in helping Elementary schools had to attend school due to various factors, but the lack of computers affected their learning. Enertec quickly donated brand new tablets to the school within 3 days to solve the learning problems of classmates.

But at the same time, ENELTEC found that the campus had insufficient lighting. Therefore, the first stop of the campus LED lamp replacement plan was selected at Heping Elementary School. The replacement work was selected during the off-campus teaching period, except for the removal of old lamps and maintenance. Electric power lines, and then install new LED lamps and adjust the lighting direction according to the plan.

Zhuang Qinjie, Director of ENELTEC Precision Environmental Safety and Health, said that in order to protect children’s eyes, LED lights with high efficiency, high economic efficiency, and high environmental protection have been selected, which not only significantly reduces power consumption, reduces electricity costs and carbon emissions, but also has a long life. Longer length can reduce the frequency of replacement, and more importantly, it does not contain toxic chemicals or toxic gases, which effectively reduces the burden on the environment when it is discarded.

Zhan Zhenghong, Director of Academic Affairs of Heping Elementary School, said that the traditional lamps are changed to LED lights, and it is obvious that the classrooms are much brighter than before. Students read books and no longer have insufficient lighting. The teacher even took this opportunity to introduce energy-saving and reduction to the students. The important idea that carbon can also protect the earth, the students happily smiled.

ENELTEC stated that the replacement of campus LED lights is a long-term plan. In the future, it will give priority to rural elementary schools as its service objects and will work with professionals to investigate the activity classrooms, art classrooms, libraries, restaurants, and archives of the school’s main activity areas for students. The lighting conditions of the school, and plan the replacement of lamps and lanterns together with the school.