You are now at：LED Lighting Blog » The global LED lighting market will grow at a CAGR of 11.04%

According to a new report published by REPORT OCEAN on January 2, 2022, the global LED lighting market is expected to grow at a growth rate of over 11.04% during the forecast period of 2021-2027. 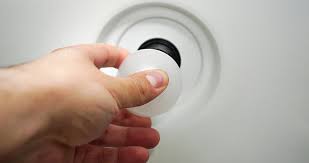 LEDs are light-emitting diodes. Over 90% of other light bulbs, both incandescent and fluorescent, are classified as LED lighting products. About 95% of the LED power is converted to light and only 5% is lost as heat. From this perspective, the world’s largest population tends to use the most efficient LED lighting options. The LED lighting market is driven by advances in modernization, infrastructure development such as smart cities, and growing demand for energy-efficient lighting systems. Smart devices are built into homes through climate, architecture, and living environments, such as wind flow, sunlight penetration, and shaded areas, which are evaluated by engineers for improved design and construction, according to the American Society of Mechanical Engineers. By 2022, the Singapore government plans to install smart energy-efficient lighting on all public highways and install solar panels on the roofs of 6,000 buildings. In addition, recent advances in light-emitting diode technology have successfully penetrated the industrial lighting market, which has a very high potential for innovation. Commercial facilities such as offices, supermarkets, hotels, hospitals and schools account for nearly 20% of total U.S. energy demand, with lighting accounting for 38%. However, the growth of laser technology is likely to hinder the market growth during the forecast period 2021-2027.

Regionally, Asia Pacific dominates the LED lighting market and is expected to grow at the best pace during the forecast period. This growth will be accompanied by strong local and immigrant populations in the fastest growing countries in the region, such as China, Indonesia, India, Vietnam and Malaysia, in addition to government efforts to introduce light-emitting diodes. A large number of market players, the construction industry is booming due to the lifestyle. Therefore, the rapid growth of the construction industry in the Asia-Pacific region has also boosted the regional product demand.