On April 25th, Sanan Optoelectronics issued an announcement and announced that it had signed a project investment contract with the Management Committee of Hubei Gedian Economic and Technological Development Zone, with a total investment of 12 billion yuan. 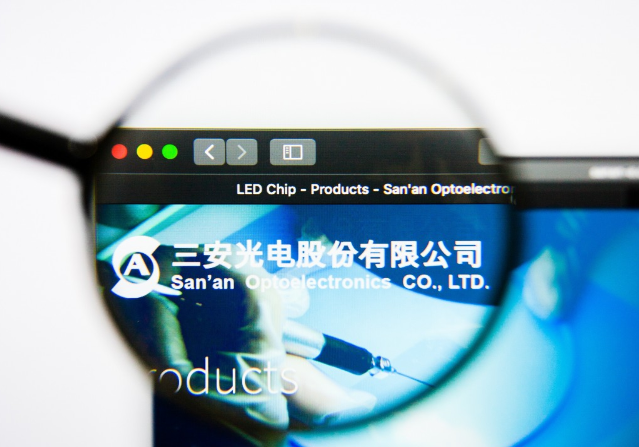 In order to promote the company’s III-V compound semiconductor project R & D and industrial base to settle in the Gedian Economic and Technological Development Zone in Hubei Province as soon as possible, Sanan Optoelectronics and the Hubei Gedian Economic and Technological Development Zone Management Committee adhere to the principles of complementarity and mutual benefit. After a friendly negotiation, a cooperation contract was reached.

The contract stipulates that San’an Optoelectronics will invest in an III-V compound semiconductor project within the jurisdiction of the Management Committee of Gedian Economic and Technological Development Zone in Hubei Province. It will mainly produce R & D, production and sales of Mini / Micro LED epitaxial and chip products and related applications. And invested by Sanan Optoelectronics in this jurisdiction, the total investment is 12 billion yuan.

Sanan Optoelectronics is a leading III-V compound semiconductor and integrated circuit company. It is a substrate integrated circuit, epitaxial, chip R & D and industrialization base. enterprise. It has a national post-doctoral research workstation and a national enterprise technology center and has undertaken a number of key research projects such as the “863” and “973” plans. Has been identified by the National Development and Reform Commission, the Ministry of Science and Technology, the Ministry of Industry and Information Technology as “National High-tech Industrialization Demonstration Project Unit”, “Semiconductor Lighting Engineering Leading Enterprise.” The national integrated circuit industry investment base is the second-largest shareholder of Sanan Optoelectronics.