“The Cultural Palace area is the main living room of the city, and it is also a key node for the revival and development of Changzhou Old Town. This light and shadow show is one of the contents of the light and shadow enhancement project of the main facade of the Cultural Palace area, and it will send the citizens New Year blessings.” The staff of the Municipal Lighting Department introduced. , The project takes “Humanistic City, Vibrant City, Quality City, and Livable City” as the planning and design direction, integrates the surrounding architectural carriers, creates an immersive lighting experience, and for the first time carried out basic urban landscape lighting, light show, street lighting, etc. Integrated management control realizes comprehensive regulation in optimization, beautification, energy-saving, and intelligence. 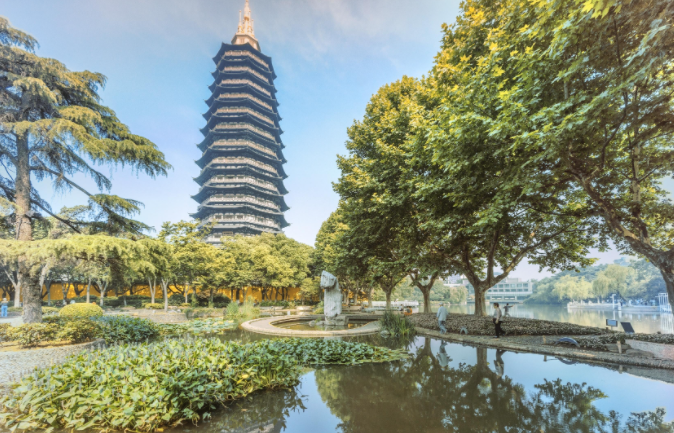 The light and shadow improvement project of the main facade of the main living room in Changzhou integrates the surrounding architectural carriers to create an immersive lighting experience.

In this project, the most noticed highlight is the lighting deduction system. The main imaging facade is created through the technology of combining laser projection and patterned lights, and the outer wall of the building is turned into a large screen, and customized lighting programs can be created during important festivals.

At present, the light and shadow enhancement project of the main facade of the Cultural Palace area has launched two light shows. Among them, the New Year’s theme 3D naked eye light and shadow show is divided into two chapters. The first part is “Changle State”, presenting a thriving city scene; the second part is “Fish Leaping Dragon”, through three-dimensional visual effects, the Changzhou “Dragon City” IP is presented in the sound of harvest gongs and drums.

The other is the “Dream Chasing Dragon City” light show, presented in three chapters. The first chapter is a collection of dragon cities, presenting Changzhou cultural symbols such as random needle embroidery, combs, and green bamboo carvings. The second chapter is the inheritance of the original intention, presenting the red cultural heritage of Changzhou. The silk veil and golden light particles set off the characters of Qu Qiubai, Zhang Tailei, and Yun Daiying as the “Changzhou Three Masters”. The third chapter is Yuedong City, which uses music and naked-eye 3D to unfold the city picture scrolls of “Intelligent City”, “Livable City” and “Changle State”. When the words “Changzhou, teach me how to miss her” appeared, the whole lighting performance came to an end.

The reporter learned from the Office of the Leading Group for the Rejuvenation and Development of Laochengxiang, the main living room lighting project adheres to “precise positioning, meticulous planning, exquisite design, and exquisite construction”. In order to promote the rejuvenation and development of Changzhou Laochengxiang, we will build Changzhou’s first with high quality. The business district played a catalytic role.

During the Spring Festival, at 6 o’clock, 7 o’clock, 8 o’clock, 9 o’clock, 4 punctual times every night, two light and shadow shows appeared one after another, bringing visual enjoyment to the public.

Overall improvement of the night view of Hongmei Park area

Hongmei Park area “Tasi Garden” panoramic lighting upgrade project is dedicated to constructing the night scenery belt of the old city in the east of the city. During the festival, this also presents a wonderful visual “feast” for tourists who come to the park for leisure and play at night.